Toyota left WRC as champion in 1999, will return to 2017 edition with the Yaris rally car. 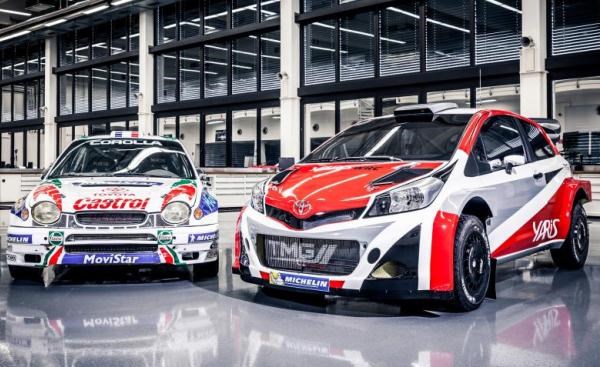 Toyota has officially confirmed that it will return to the World Rally Championship in 2017 with a Yaris WRC. Toyota Motor Corporation president Akio Toyoda announced that the world's biggest carmaker would end its WRC absence stretching back to the end of 1999.

The firm's motorsport arm, Toyota Motorsport GmbH, will develop the Yaris WRC for the next two seasons before its world championship entry. The Yaris WRC  was unveiled was recently revealed to the public. Toyoda said, “When I was in Finland last year, many fans asked me when Toyota would return to the WRC. People talked about Toyota's history in the WRC. I was filled with surprise and gratitude that so many people still remembered. I started to feel strongly that we must return while people still remember. We are doing this to make better cars, to make people smile."

He described Toyota's 2017 programme as a new start rather than a comeback, given how long it had been away. “We decided to return to the WRC and we plan to start competition again in 2017," said Toyoda. “Last time we competed was in 1999, which makes me think, we are not announcing a return... but perhaps a start. We must begin again from scratch and carefully prepare both the team and cars.”

WRC promoter Oliver Ciesla welcomed Toyota back to the WRC, saying its arrival was a major endorsement for the series, which currently has three works teams in Volkswagen, Citroen and Hyundai alongside Fords, which is run by ex-factory squad M-Sport. “Toyota has a long and distinguished history in motorsport, particularly in world rallying, and we're delighted to welcome one of the automobile industry's giants back to WRC,” said Ciesla.

“Toyota's announcement brings a fifth manufacturer into WRC, including three of the world's five biggest-selling auto companies. The last season in which so many manufacturers were represented was 2006.” Toyota departed the WRC as champion team in 1999, having clinched a seventh world title in 10 years.