The Mumbai driver was in fine form throughout the weekend, giving no one else a chance to come close. 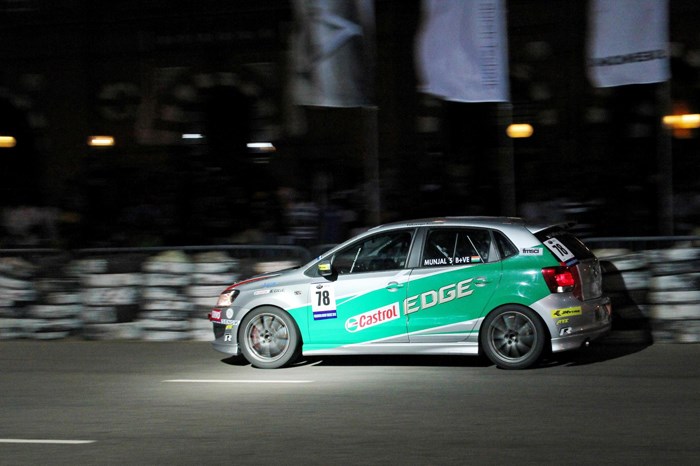 The VW Polo-R Cup made its second  trek to next door neighbours Sri Lanka to run as a part of the annual Colombo Night Races festival once again. Mumbai lad Munjal Savla, one of the frontrunners in the last year's event, managed to put his experience and speed to good use and ensured that there was no competition from the get go.

The chaotic yet incredibly exciting weekend saw Munjal on top right from the first practice session and he maintained his advantage in the extremely short qualifying session as well.

In the race, Munjal got off to a clean start from pole position and never looked back while others behind him squabbled for lower podium positions. Ultimately it was Sandeep Kumar - the reigning Pro-class Polo Cup champion, and national karting champion Ameya Bafna who finished in second and third places.

With race two being cancelled due to mismanaged time schedules on part the Colombo Night Races' organisers, meant that no other driver was afforded another chance to make a dent in Munjal's perfect weekend.

"Getting pole by a second made me confident of winning the race and  although I started with a few mistakes in lap one, I managed to keep my lead and made no further errors."

"My  experience here last year really helped me to be at the top of my game. Street races are absolutely fun and driving in front of a super-charged crowd is a hair-raising experience and I hope we get to do this more often.”