Rossi could keep racing until he's 40

The 36-year-old considered retirement last year after a run of disappointing seasons, but he ended up mounting a career resurgence. 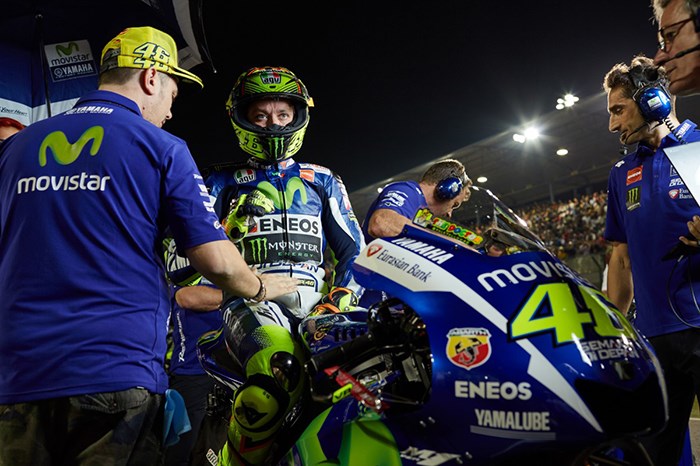 Valentino Rossi believes he will be able to stay competitive in MotoGP until he is 40 years old if he can maintain his current level.

The 36-year-old considered retirement last year after a run of disappointing seasons, but he ended up mounting a career resurgence.

He believes he is showing that mentality and approach is far more significant than physical age.

"I feel good. I have good motivation. I like my job because it's also my passion, like all the guys here," Rossi said.

"For me if you have a good life and do good training you can ride at the top until you are 40 or so. It's not like athletics.

Rossi said the closeness of the racing in the current era was also helping to re-inspire him in his 16th season in MotoGP.

"I'm very happy because in the last years the races have changed," said the seven-time champion.

"There was a time with [Casey] Stoner and [Jorge] Lorenzo when the races were finished after three laps. It was difficult and boring.

"Now it looks like for some reason it's changed with Marc and there's more battling and strategy to the end."

The Italian added that he expects a three-team championship fight in 2015 with the improving Ducatis - which filled the rest of the Qatar podium with Andrea Dovizioso and Andrea Iannone - evenly-matched with his Yamaha team and usual arch-rival Honda.

"This level between Honda, Ducati and Yamaha will change every weekend at different racetracks because every bike has weak and strong points," he said.

"To stay in front in the championship you'll have to be concentrated when it's the right day for trying to win, but especially trying to keep some points on the difficult weekends at the difficult circuits."