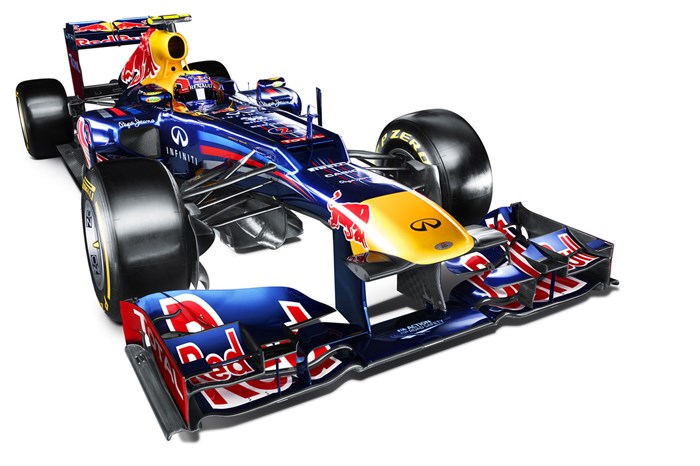 Defending world champion team Red Bull Racing has unveiled the car with which it will attempt to stretch its title-winning run in 2012 - the Renault-powered RB8.

Having taken Sebastian Vettel to the the last two drivers' titles alongside its 2010 and '11 constructors' crowns, Red Bull's latest design is the most eagerly awaited of the new season contenders. Adrian Newey, the man generally regarded as the key to Red Bull's recent domination, is again responsible for leading the car's design.

The car appears outwardly similar to last year's all-conquering RB7, which won 12 of 2011's 19 races, but features a revised nose layout and a different exhaust to accommodate this season's rule changes.