A total of 95 entries are expected, with 26 of them in the flagship A6 class – FIA GT3 in international parlance. 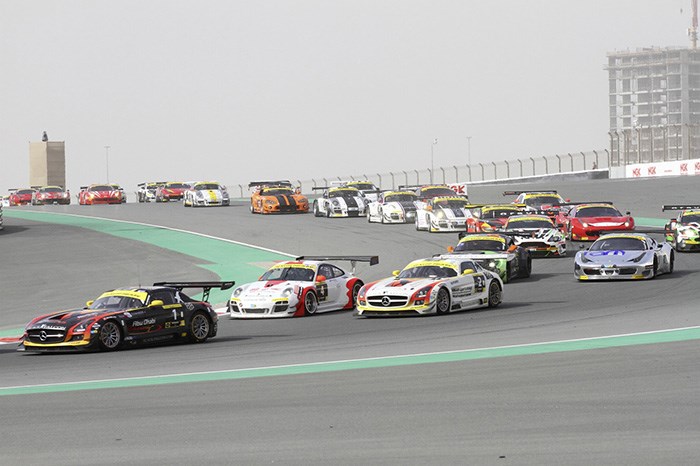 The 2015 edition of the 24 hours of Dubai will mark the seemingly new endurance race’s 10th anniversary, and the first time as the seaon opener for a brand new International Championship after the race organisers and promoters, Creventic, applied for FIA Championship status.

With Hankook as the title sponsor and sole tyre supplier for the event, the race is a featured event in the ‘Dubai Shopping Festival’ with free entry for all spectators.

A total of 95 entries are expected, with 26 of them in the flagship A6 class – FIA GT3 in international parlance.

Porsche are the next most numerically significant marque with five cars on the grid, with three Ferraris, a pair of Lamborghinis and single car entries featuring BMW, Corvette, Nissan and Aston Martin.

Beyond the lead class there is much else to consider including a much expanded 997 class for Porsche Cup cars. There are no fewer than 18 listed, a mix of 997 and 991 based cars.

A new look SP2 class gives a home for the now well-known Australian built MARC Focus V8s, with three cars entered including one of the GC V8 powered silhouette cars and a Maserati Gran Turismo for Boutsen Ginion.