The Frenchman crashed out of SS10 while running sixth in the Skoda Fabia S2000. 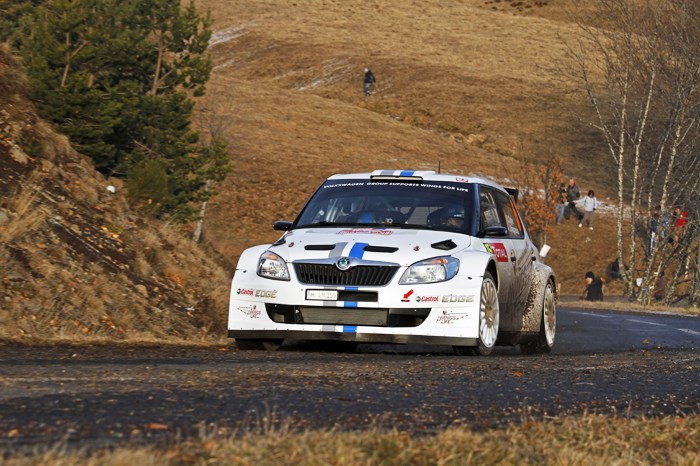 Sebastien Ogier's sensational run at the Monte Carlo Rally came to an end after the Volkswagen driver crashed out on SS10. The Frenchman had run as high as third on the opening round of the World Rally Championship, despite driving a Super 2000-specification Skoda Fabia against the powerful World Rally Cars.

The former Junior World Rally champion had slipped down the field as conditions dried today and was down to sixth when he and co-driver Julien Ingrassia went off the road.

Following crews reported that the accident was a very substantial, and indeed that turned out to be the case as Ogier's co-driver Julien Ingrassia had to receive treatment for minor injuries to his right arm. The team's head of marketing and communications Stefan Moser said, "Julien told us that there is some problem from his arm, but he doesn't expect it is broken, the doctor will be able to find out some more.

Moser went on to praise the efforts of the team's new signing, adding, "It was an incredible drive from Sebastien and Julien," said Moser. "We are very sure now that we have the right driver. Sebastien is the future."