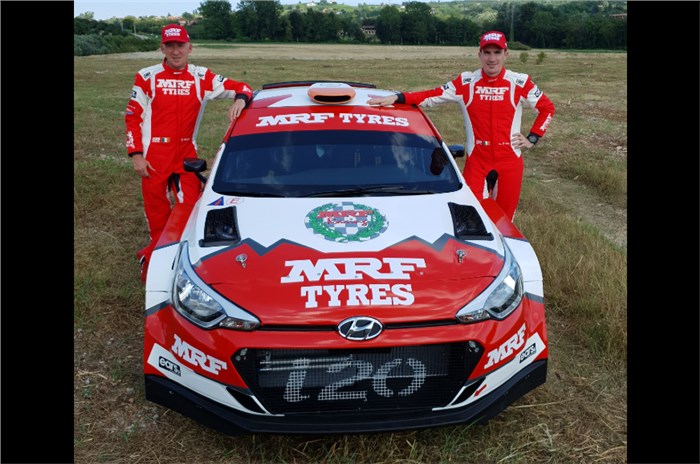 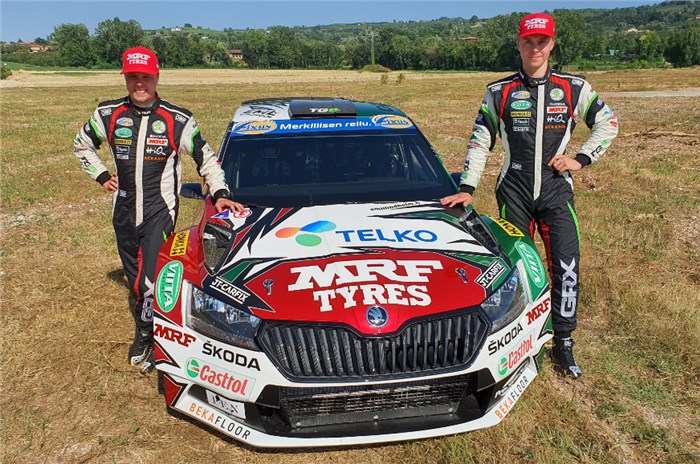 After tasting success in the Asia Pacific Rally Championship, notching up 9 titles in the series, MRF Tyres will be venturing into a new arena of international motorsport with its first outing in the European Rally Championship (ERC) this weekend.  The Indian tyre manufacturer did participate in select World Rally Championship 2 (WRC2) rounds in 2018 with Arjuna awardee Gaurav Gill, but this will mark its first time competing in a full season of a rally championship in Europe.

Who is driving for Team MRF?

Team MRF will field two cars in the ERC this year. Irish racer Craig Breen will team up with co-driver Paul Nagle, behind the wheel of a Hyundai i20 R5 prepared by the Italian DRC Racing Team. Reigning Irish Tarmac Rally Champion Breen already happens to be a noted figure in the rallying scene, having bagged podium finishes in the WRC and five rally wins in the ERC. Nagle, on the other hand, has won five WRC events as a co-driver. The duo will compete in all six rounds of the 2020 ERC.

“I am excited to get behind the wheel of the Team MRF Tyres Hyundai i20 R5. I think we can agree that it is a great looking car,” said Breen.

“We started testing at the end of last year. This year, except for the lockdown, we had been testing quite extensively. We have done one rally in Finland for the Finnish championship and we got on the podium there. For sure, there are some exciting plans, a lot of work and a lot of testing. We hope to make the tyre better and better and prove the talent behind Team MRF Tyres and this challenge.”

MRF will also participate in select rounds in the ERC1 category, with the Finnish duo of Emil Lindholm and Mikael Korhonen driving a Skoda Fabia R5 evo2. Lindholm is no stranger to R5 machinery and he currently leads the Finnish Rally Championship after taking two wins and a podium so far this year.

With the ERC covering a variety of terrain, this poses a new challenge for MRF Tyres. Since announcing its entry in the series earlier this year, the company has been working on developing tyres that can be competitive on tarmac, gravel and snow.

Arun Mammen, MRF Tyres’ vice-chairman and managing director, believes this ERC outing is the natural next step for the company as India’s motorsport pioneers. “We are happy to see MRF Tyres progress to compete at the highest level of rallying in Europe with the European Rally Championship. We know that the road ahead is filled with challenges which we shall strive to overcome, but this is a start for us in this competitive arena,” he said.

“We at MRF Tyres, along with our partners in this journey, are committed to the development of our product and learning about our competition. After our success at the APRC level with our nine titles, it is natural for MRF Tyres to aim higher with the European Rally Championship. These are the next steps for us as India’s motorsport pioneers. I wish the team the best of luck for the 2020 season.”

After an extended break due to COVID-19, the 2020 ERC gets underway this weekend with the Rally di Roma Capitale. Overall, the season comprises three gravel rallies and three tarmac rallies. Here’s what the calendar looks like: