MotoGP to introduce spec IMUs for 2019

In an attempt to further decrease the performance gap between manufacturers, MotoGP rights holder Dorna has banned tailor-made IMUs from 2019 onwards. 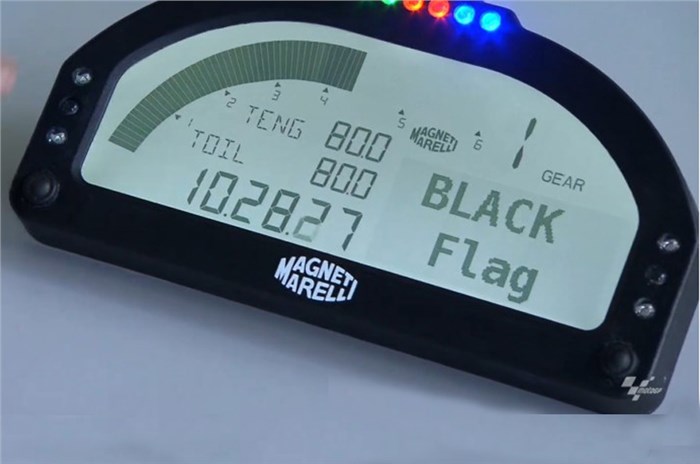 For years, Dorna CEO Carmelo Ezpeleta has fought tooth and nail to reduce the technical disparity between various manufacturers in MotoGP in an attempt to create closer and more spectator-friendly racing – much to the annoyance of the factories.

A few years ago, after much negotiation and horse-trading, Ezpeleta had finally managed to get the manufacturers to agree to standardised or ‘spec’ ECU software from 2016 onwards. However, still convinced that the manufacturers are using the IMU (Inertial Measurement Unit) to gain an unfair advantage, Dorna has now decided to introduce a spec IMU, starting 2019.

While this will definitely infuriate the engineers at the factories, you’re probably wondering what this means to you, while sitting and watching the races from your couch at home. It’s important to know exactly what an IMU is to understand what implications a spec IMU will have on racing, next year.

Things are about to get a little technical, but bear with us for a moment…

An Inertial Measurement Unit is a sensory device that sends information to the ECU regarding the bike’s orientation. It consists of gyroscopes and accelerometers, and it generally measures six aspects of movement: three rotational components and three translational components (point-to-point motion). The rotational components consist of pitch (dive under braking and squat under acceleration), roll (the bike leaning into corners) and yaw (the change in direction of the motorcycle). The translational components are longitudinal (front-to-back movement), lateral or transverse (side-to-side movement), and vertical (up-and-down movement). Using all of this data, the IMU can give the ECU some important information – like how hard the motorcycle is accelerating or braking, its lean angle, and how sharply it’s turning.

Since the IMU is not a single sensor but a box full of sensors, it also needs to have its own software in order to compile the data from all these sensors and convert it into useful information for the ECU; and while Dorna has enforced spec software for the ECU, there is no rule regarding the software for the IMU. This leaves the door open, albeit very slightly, for manufacturers to exercise some witchcraft.

How does this affect the bike?

By modifying or ‘doping’ the signals being sent by the IMU to the ECU, one can trick the ECU into reacting in a different manner than it otherwise would. One can even add some functionality that has been removed by the spec ECU software.

Every MotoGP motorcycle has something called a CAN module or a CAN bus. This is an electronic network that interlinks all the various sensors and computer systems on the motorcycle. The IMU is connected to this CAN bus, which means that it can receive inputs from any of the hundreds of sensors on the motorcycle, including tyre temperature. Using this, it can send ‘doped’ lean angle data to the ECU, in effect allowing the ECU to account for changes in tyre temperature.

This is just one of many ways in which the software in the IMU can be used to overcome the limitations of the spec software in the ECU, and you can be sure that every manufacturer has an army of engineers solely dedicated to doing just this.

So how will a spec IMU help?

By clamping down and forcing the teams to use a spec IMU, the software inside the IMU will be locked, as well. This will prevent manufacturers from gaining any sort of undue advantage. It will be the latest in a long line of regulations enforced by Carmelo Ezpeleta in an attempt to bridge the performance gaps between the various motorcycles on the grid.

This is a decision that would have certainly received strong opposition from the manufacturers – and it is remarkable that Mr. Ezpeleta has been able to strong-arm them into submission. One of the biggest drivers for factories to go racing is the opportunity to rapidly develop new and more modern technology. By forcing them to implement standardised components, Dorna is severely limiting said opportunity.