19-year-old Dupasquier was involved in a fatal crash during Moto3 qualifying at Mugello. 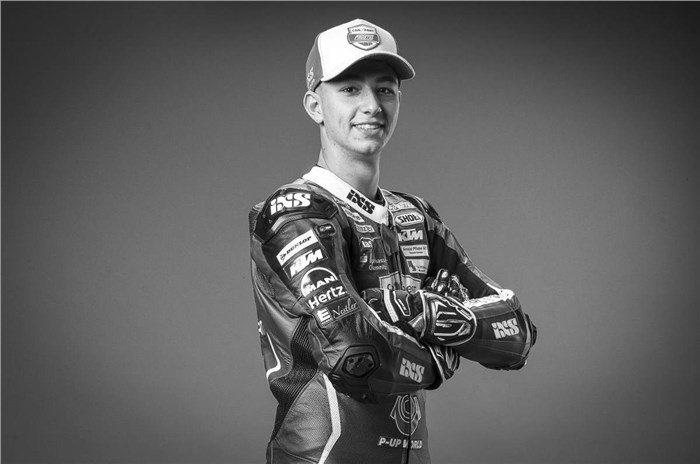 Swiss rider Jason Dupasquier has succumbed to injuries sustained in a fatal crash at the end of Moto3 qualifying for the Italian GP at Mugello. MotoGP confirmed the 19-year-old’s death today.

Dupasquier was involved in a multi-rider incident between Turns 9 and 10. As the event was red flagged, FIM Medical Intervention Vehicles arrived at the site immediately and he was attended to on track before being airlifted to Careggi Hospital in Florence. He was said to be in “a stable state” at this time, but the FIM later said that he was in “a very serious condition”.

Despite best efforts, the hospital confirmed that Dupasquier has passed away.

The youngster moved to road racing in 2016, winning the ADAC Moto3 championship that year.  After racing in the Red Bull Rookies Cup in 2019, he graduated to Moto3 in 2020.

Racing for Prustel GP KTM, he enjoyed an impressive start to his 2021 campaign, scoring points in all the five races so far this year. His best result of the year was a 7th place finish at the Spanish GP.