Following an upturn in performance this year, McLaren has made the decision to retain Norris alongside Sainz for its 2020 F1 driver line-up. 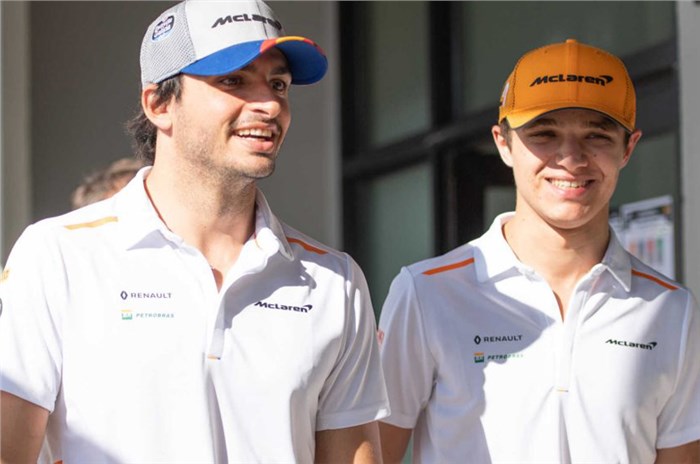 McLaren has confirmed that it will continue with an unchanged driver line-up for the 2020 F1 season, with rookie Lando Norris’ contract being extended after an impressive run in the 2019 season so far. He will be driving alongside Carlos Sainz, who was already confirmed to be on a multi-year deal.

The announcement comes on the back of what has been a promising F1 season for McLaren so far. After years of struggling, the team underwent an organisational restructure, with former Porsche World Endurance Championship boss Andreas Seidl being drafted in as team principal and former Toro Rosso technical director James Key joining as McLaren’s new technical chief, in addition to the team running an entirely new driver line-up.

The changes appear to have paid off and McLaren has enjoyed an upturn in performance this year. Nine races into the 2019 season, the Woking-based team sits fourth in the constructors’ standings with 52 points – 20 points clear of closest rival Renault.  At this point last year, the team was sixth in the standings, behind Renault and Haas. Both, Sainz and Norris have played a key role in helping the team score strongly; they currently stand 7th and 8th, respectively, in the drivers’ championship.

Explaining the team’s decision to continue with an unchanged driver line-up, McLaren Racing Team Principal Andreas Seidl said: “The performance of both, Carlos and Lando, have been a key part of the team’s progress. Their feedback has enabled our engineers to develop the MCL34 and look ahead to the MCL35. Carlos has played a key role in developing the car using his experience, while Lando has got up to speed with the demands of Formula 1 incredibly quickly and is growing in confidence every weekend. This is welcome news for the whole McLaren team and we look forward to continuing our partnership together.”

McLaren’s decision to retain Sainz and Norris does, however, close the door on a potential F1 return with the team for Fernando Alonso. Despite retiring from the series at the end of last year, Alonso maintained that he hasn’t ruled out returning to F1 at the right moment, and he continued working with the team as an ambassador and even tested the car earlier this season.