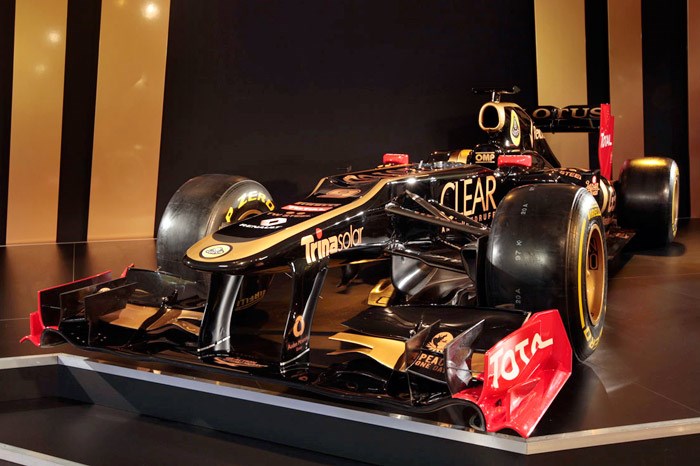 The Enstone based team chose to launch the machine in an online broadcast from its factory. It will be given some demonstration runs at Jerez, ahead of the start of winter testing on Tuesday.

The car is outwardly one of the more traditional designs unveiled so far, though it features the stepped nose design now commonplace, and reverts to a traditional exhaust layout - as mandated by the 2012. Team boss Eric Boullier hinted that the design featured plenty of subtle innovations.

"It's true that the team's reputation is good in terms of innovation and we brought through the last years some nice ones, and let's say some more delicate ones, but definitely we have some this year," he said.

The car is the first to be entered by the ex-Renault team under the Lotus title after the end of the branding dispute with rival team owner Tony Fernandes, whose erstwhile Lotus squad now runs as Caterham.

The E20 keeps the traditional black and gold colours used by the original Lotus F1 team in the 1970s and 80s, and features prominent new sponsorship from Unilever brands Rexona and Clear.

Lotus has brought 2007 world champion Kimi Raikkonen back into F1 to drive one of the cars, with '11 GP2 champion Romain Grosjean as his team-mate and ex-Virgin race driver Jerome D'Ambrosio acting as reserve.

Boullier said the priority was to bring a winning spirit back to Enstone, which had claimed championships in its Benetton and Renault eras, most recently in 2006 with Fernando Alonso.

"My biggest hope is obviously to bring this positivity back again and to make sure this team is again at the front of the grid and for many years and a long time," said Boullier.