Karun Chandhok will be replaced by Yamamoto at the German GP. 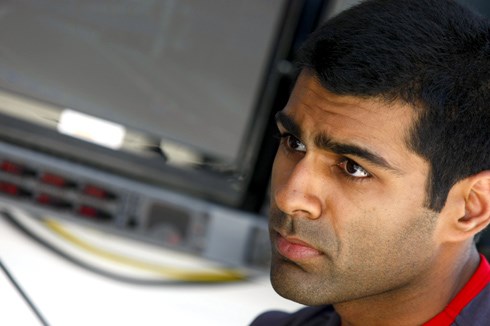 Karun Chandhok will not be racing at the German Grand Prix next weekend, his HRT team announced on Friday, and his place will be taken by Sakon Yamamoto.

The Japanese driver had replaced Bruno Senna for unknown reasons in the previous race at Silverstone, and the Brazilian will be back in action next week at Hockenheim.
Chandhok, however, will not be racing in Germany, the team said. Hispania said that the Indian was still part of the team and that he was "likely" to be in the car later in the season.
"After Sakon Yamamoto gave a very positive performance in Silverstone, the team has decided to give the Japanese driver another opportunity to drive the car alongside Bruno Senna," said the team in a statement.
"Karun Chandhok is still part of the Hispania Racing, HRT F1 Team family and is likely to be in the car at some later races this season."
Yamamoto raced alongside Chandhok at the British Grand Prix, where the Japanese driver finished in 20th position behind his team-mate.