Verstappen’s penalty for an unsafe release ended up promoting Vettel and Bottas to 2nd and 3rd respectively. 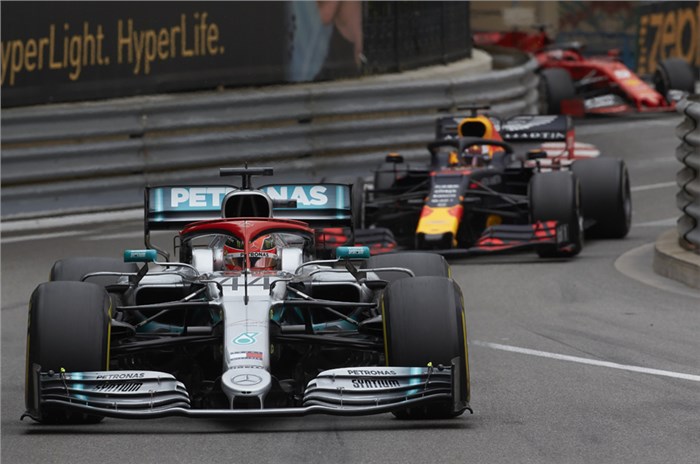 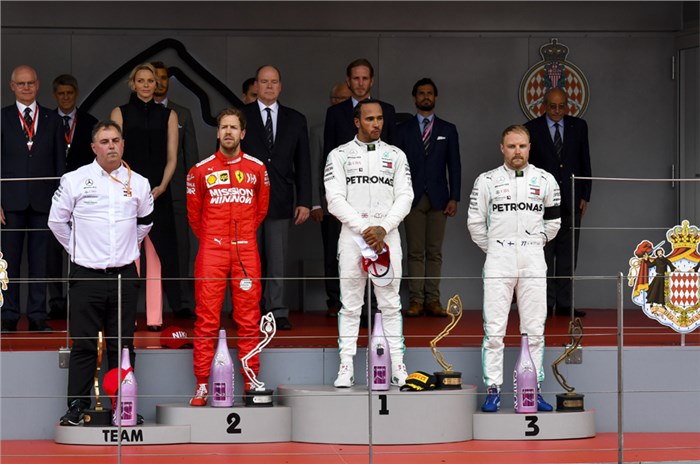 Lewis Hamilton managed tyre troubles to win the 2019 Monaco GP and move 17 points clear of teammate Valtteri Bottas in the drivers’ championship. Ferrari found some salvation, with Sebastian Vettel splitting the two Mercedes drivers – ending the team’s string of 1-2 finishes – but only after Max Verstappen was handed a penalty for an unsafe release.

Hamilton made a strong start off the line, with Bottas and Verstappen in tow. Further down the field, Charles Leclerc set out on making up lost ground, after a punishing qualifying session saw him start all the way down from 15th place. He was up to 12th place when he picked up a puncture while attempting to overtake Nico Hulkenberg into Rascasse, bringing out the safety car. He just about managed to limp back to the pits, but floor damage left his car severely compromised and he eventually retired from the race.

The top four headed into the pits under the safety car – both the Mercedes drivers heading out on medium tyres, while Verstappen and Vettel took on the more durable hard tyres.  However, Verstappen was released just as Bottas was coming through the pit lane and the two made light contact – the incident is what resulted in Verstappen receiving a 5.0sec time penalty for an unsafe release. Bottas ended up losing two positions and dropped to 4th place since Mercedes had to pit him once again due to a suspected puncture.

This meant that Hamilton was the only one of the frontrunners on the softer medium tyres. Verstappen soon set about chasing Hamilton, with the Mercedes driver reporting his worn out front left tyre on the radio. He finally got close enough to mount an attack in the final few laps and attempted to pass Hamilton down the inside into the seafront chicane. However, Hamilton held on to the lead and the two ended up making contact, but managed to continue racing.

Hamilton was able to resist pressure from Verstappen and nurse his tyres home for over 60 laps to clinch his third Monaco GP victory. Despite crossing the line in 2nd place, Verstappen’s penalty demoted him to 4th, ahead of his teammate Pierre Gasly. Carlos Sainz finished in 6th place, after running a longer first stint, earning his best Formula 1 race finish for McLaren.

The Toro Rosso duo of Daniil Kvyat and Alex Albon also saw success by opting to take their pit stops much later, with Kvyat finishing the race in 7th place, followed by Albon in 8th. Daniel Ricciardo and Romain Grosjean wrapped up the top 10.