Fabia’s out, Fiesta’s in: we chat with the Indian rally ace as he prepares for the big stage. 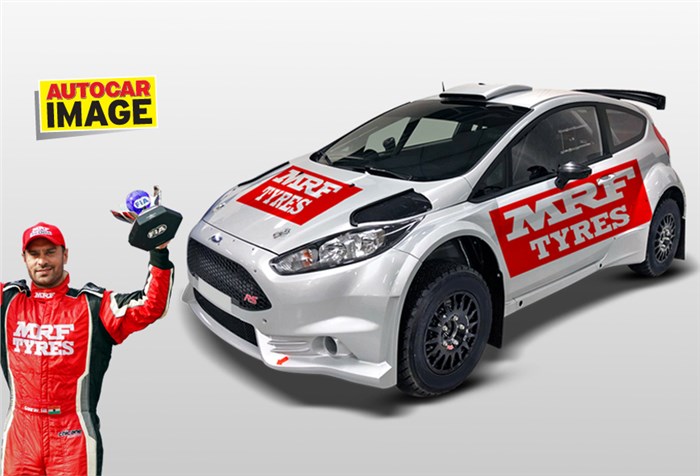 News of Gaurav Gill finally making a foray into WRC2 broke last month; and while there was suspense over his choice of car for the big stage (as Gill refused to be drawn into revealing it) we can now tell you that he will be driving a Ford Fiesta R5 in this season of the World Rally Championship-2.

Homologation documents filed with the governing International Automobile Federation (FIA) for next month’s Rally Italia Sardegna show he will be competing in a Fiesta R5, instead of the Skoda Fabia R5 he drove in the APRC.

Gill will be driving for the same team he drove for in the APRC – Team MRF. The squad, backed by the Indian tyre manufacturer, pulled out of the Asian series to field a one-car entry for him in the WRC2. The WRC2 acts as a support series for the main World Rally Championship, much in the same way that Formula 2 does for Formula 1.

In an interview with Autocar India, Gill confirmed he won’t be driving the Fabia R5. He also went on to state how he doesn’t anticipate having to make too big an adjustment for his new drive.

“First things first,” said Gill. “I’m not going to be driving a Skoda, so it’s going to be a bit of adjustment to do with the different manufacturer’s car. But I don’t think it should be a huge difference because we’re sticking to the same classification as the R5.”

In the interview, Gaurav Gill maintained that he is counting on picking up experience and learning with this experience, rather than trophies and cups. The reigning Asia Pacific Rally Champion sets out to fulfil a long-held dream with this eagerly-awaited move up to the World Rally Championship’s WRC2 category. “This is going to be a learning year for me and for the team. Try and pick up as much speed as we can in the safest possible way and ensure that we collect a lot of data and a lot of info en-route to learning the rallies”, said Gill.

The step up, which comes after years of waiting and three Asia Pacific Rally Championship (APRC) titles later, finally gives Gill the shot he has craved to make his presence felt in the big league. “Of course, I wanted to do this several years ago,” he said. “But getting sponsors and putting the money together is really, really difficult in India. I’ve always wanted an Indian tyre company or an Indian partner to make my presence felt better through the media in India and abroad, also. I managed to convince MRF and they understood the market gains and global recognition that they can get through this platform.”

MRF has ambitions to establish its presence in global markets and is going up against some pretty big names in WRC2. The brand is so serious about being competitive that it is already testing tarmac tyres in the Irish Tarmac Rally Championship. It may have taken a while, but MRF’s desire to compete at the pinnacle of rallying is laudable. “It came in late but better late than never,” added Gill.

The FIA documents mentioned earlier also indicate he will begin his campaign at the Italian rally – the seventh of the season’s 13 rounds, but the first of five planned outings for Gill.

Gill feels his time in the more physically gruelling APRC has prepared him well to handle the stages he will face in the world championship. Even then, he will have plenty to get to grips with, not least the unfamiliarity of the stages and higher average speeds. “This is something that we didn’t really have much in APRC apart from Rally New Zealand where some of the stages we used to average about 130kph,” said Gill. “So making your pace notes are the most important thing for these kinds of rallies. If you have the correct information, you can have the correct speed and the correct lines.”

Gill and Team MRF have chalked out an intensive testing schedule in a bid to make up for their relative inexperience by racking up as much mileage as possible. Team and racer, alike, are also giving tarmac events a skip, choosing to focus on gravel rallies only this season, while MRF develops a bespoke tarmac tyre in time for next year’s campaign.

Despite his humble targets this season, though, Gill has no doubts that he will be fast. “Speed is something that I’m not really worried about. It’s more of understanding and experiencing the stages and putting the package and the power down through the wheels is what we’re looking at.”

“It has to be a package of me, the tyre and the car, everything working together. So this year it’s only going to be data collection and R&D for me and for the tyre”, he concluded.