Gasly is expected to drive for Toro Rosso in Malaysia and Japan, but will be unable to race in the United States GP. 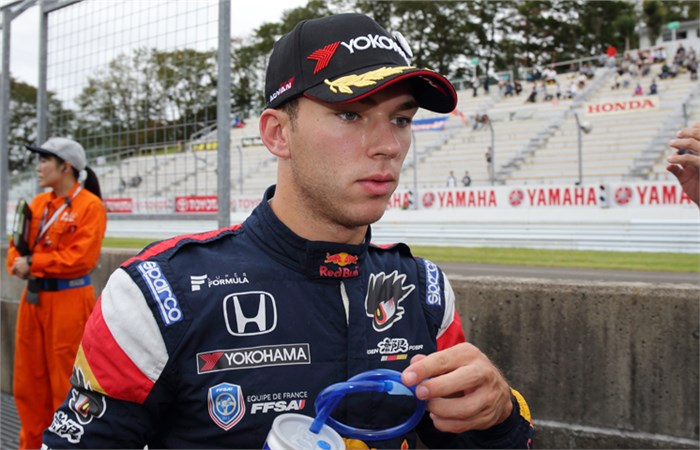 Toro Rosso has confirmed that Pierre Gasly will make his Formula 1 debut for the team at the Malaysian Grand Prix, replacing Daniil Kvyat.

With the Faenza-based team eager to evaluate Gasly on a race weekend, the team has elected to rest Kvyat for the next few races, although it stressed he remains part of the Red Bull family. Toro Rosso team boss Franz Tost said the decision to rest Kvyat came as the result of ongoing frustrations, which included a crash in the Singapore Grand Prix.

"Toro Rosso was established by Red Bull to bring youngsters from its junior programme into Formula 1 and that's what we are doing by giving Pierre this chance,” said Tost.

"He is the next in line at Red Bull for this opportunity and he has shown that he deserves it, having taken the 2016 GP2 title, and this year is very competitive in the Super Formula series in Japan.

"The driver switch gives us an opportunity to make a more informed decision regarding our 2018 driver choices.

"For a variety of reasons, some of them due to technical problems, but others being mistakes of his own making, Daniil has not really shown his true potential so far this year, which is why we are standing him down for the next races. This will give us the opportunity to evaluate Pierre on track during a proper race weekend."

Gasly is expected to drive in Malaysia and Japan but will be unable to race in the United States Grand Prix because it clashes with the Super Formula finale.

Having known for several weeks that he had the chance of racing in Malaysia – originally it would have been as a replacement for Carlos Sainz Jr, if the Spaniard had made an early switch to Renault though – the Frenchman is excited about the challenge ahead.

"I would like to thank everyone who has helped me get this chance in my motor racing career and specifically, Red Bull, Helmut Marko and Toro Rosso – this is a great opportunity for me," he said.

"I feel as ready as I can be, having had to be prepared for anything in my role as Red Bull Racing's third driver this year. I will do my best to perform well with Toro Rosso during these coming races."