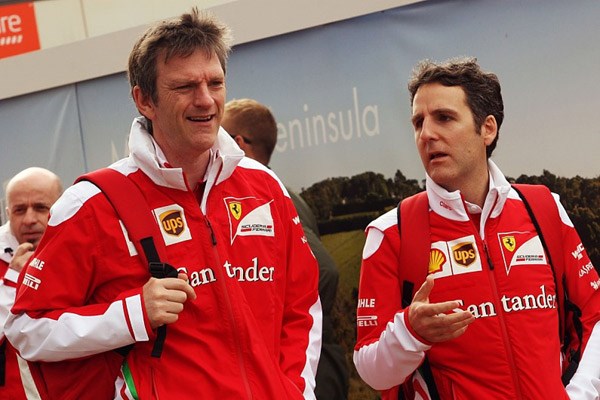 Ferrari Formula 1 technical director James Allison has left the team after three years at Maranello, the team has announced. Allison joined Ferrari following a successful stint at Lotus, helping return the Enstone-based team to winning ways with Kimi Räikkönen in 2012 and '13.

He agreed a switch to Ferrari in the middle of 2013, and helped the Italian team bounce back from a winless '14 campaign to take three victories last year with Sebastian Vettel.

However, Ferrari has fallen short of those achievements so far this year – yet to win a race and finding itself in a battle with a resurgent Red Bull for second in the constructors' championship.

"During the years I spent at Ferrari, at two different stages and covering different roles, I could get to know and appreciate the value of the team and of the people, women and men, which are part of it," said Allison. He added, "I want to thank them all for the great professional and human experience we shared. I wish everybody a happy future with lots of success."

Last season, Allison signed a contract extension with Ferrari that had been set to keep him at the team until the end of 2018. Ferrari team principal Maurizio Arrivabene added: "The team would like to thank James for his commitment and sacrifice during the time spent together, and wishes him success and serenity for his future endeavours."  Mattia Binotto will become chief technical officer following Allison's departure. Earlier this year, Allison was linked to a return to the former Lotus team, which is now owned by Renault again.