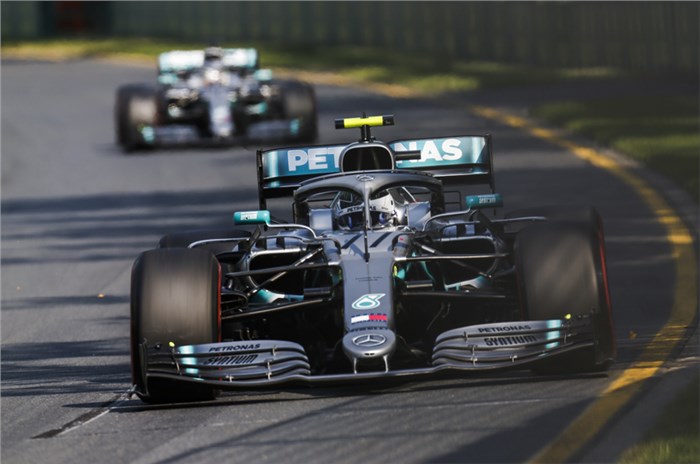 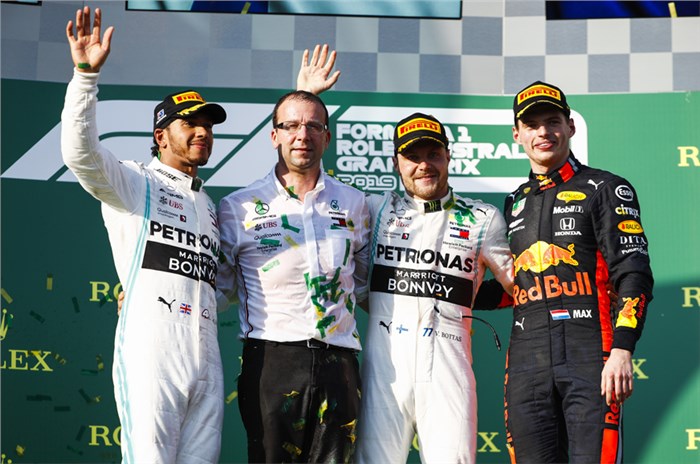 While the F1 pre-season tests painted a narrative of Ferrari being in a strong position to challenge Mercedes’ dominance, the season-opening Australian GP flipped that narrative on its head with Mercedes holding a clear advantage throughout the weekend as Ferrari struggled to find pace. The race saw Valtteri Bottas storm to victory – his first since the 2017 Abu Dhabi GP – ahead of teammate Lewis Hamilton, to give Mercedes a 1-2 finish.

Hamilton started the race from pole position after setting a new lap record at Albert Park during qualifying, but it was Bottas who made the better start, with the Finn already slotting into the lead before Turn 1. From there on, Bottas remained in control at the front and ultimately clinched the win with a hefty 20.886 second margin. He even earned a bonus point for setting the fastest lap of the race, handing him a maximum possible tally of 26 points.

Ferrari decided to go for the undercut and pitted Sebastian Vettel on lap 14, forcing Mercedes to follow suit with Hamilton on the next lap. However, both drivers appeared to struggle on their fresh medium tyres and their problems were further compounded by the fact that they had to nurse their cars past the finish line on far older tyres than their immediate rivals.

Max Verstappen took advantage of his fresher tyres and overtook Vettel for third place around the outside of Turn 3 on lap 32 and then set his sights on overtaking Hamilton. However, the Red Bull driver fell back after running wide at Turn 1 in the end stages of the race. This allowed Hamilton to slot into second place, with Verstappen clinching the last podium spot. Nevertheless, third place was a significant result for Red Bull Racing, in what was their first race using Honda power; in fact, it marked Honda’s first podium finish since the 2008 British GP.

The Ferrari duo of Vettel and Charles Leclerc had to settle for fourth and fifth place, respectively. Vettel slipped further back after being overtaken by Verstappen; Leclerc managed to catch up to him but appeared to back off after he was asked to hold station.

Kevin Magnussen finished in sixth placem, followed by Nico Hulkenberg. The two became the sole finishers for Haas and Renault, respectively. In what appeared to be a near-repeat of last year’s incident, Grosjean pulled to the side of the track on lap 29 after his front-left tyre was incorrectly fitted in his pit stop. Meanwhile, Daniel Ricciardo suffered a disappointing race debut for Renault - he lost his front wing at the start after being launched over the grass on the run up to the first corner and headed into the pits early on to fix the damage. However, the team decided to retire him on lap 30 with a suspected issue. The only other retirement was Carlos Sainz, who stopped on lap 11 after the rear end of his McLaren burst into flames.