Pedrosa has so far amassed 31 wins and 112 podiums in MotoGP. 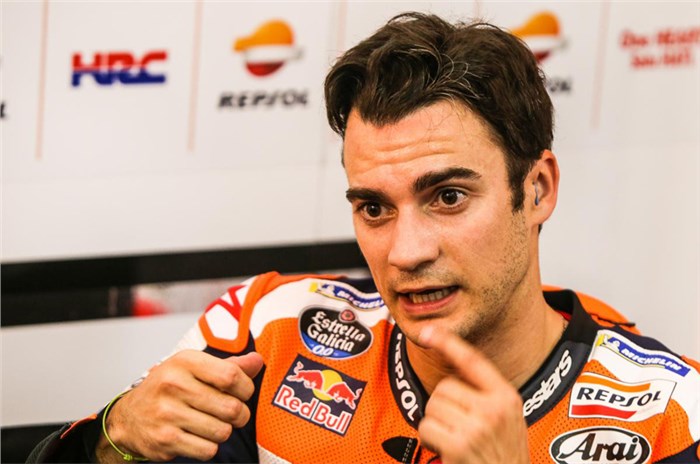 Honda MotoGP rider Dani Pedrosa has announced that he will be retiring from MotoGP at the end of the ongoing 2018 season, bringing an end to an 18-year career in grand prix motorcycling. He broke the news in a special press conference at the Sachsenring, ahead of this weekend’s German Grand Prix.

Pedrosa has been racing for the Honda factory team since 2006, but was left without a ride for next year, when the team signed Jorge Lorenzo as his replacement for 2019. He’s helped Honda to win seven MotoGP manufacturers' championships and has contributed to six team titles for the Repsol-backed factory outfit.

After winning the 125cc title in 2003 and back-to-back 250cc titles in the two following seasons, Pedrosa has been an ever-present frontrunner in MotoGP despite frequent injuries, some of which had threatened to end his career early. He has so far amassed 31 wins and 112 podium finishes in the premier class, but has missed out on a MotoGP title, finishing runner-up on three occasions - to Ducati's Casey Stoner in 2007, and to Lorenzo in 2010.

“Next year I won’t compete in the Championship, I’ll finish my career in MotoGP this season. It’s a decision I’ve thought about for a long time and it’s a hard decision because this is the sport I love but despite having good opportunities to keep racing, I feel like I don’t live racing with the same intensity as before and I now have different priorities in my life,” said Pedrosa.

“I achieved way more than I expected and I’m very, very proud of what I’ve done in the sport. I’ve fulfilled my dream of becoming a racer and that’s something that I didn’t expect when I was a kid watching TV, watching riders in the World Championship.”