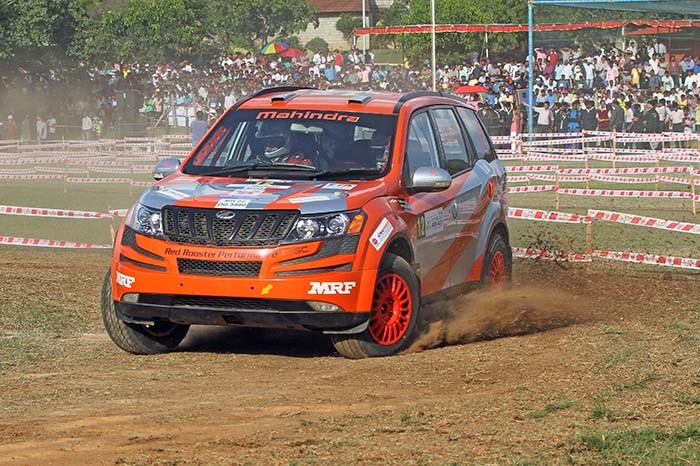 The nearly 5,000-strong crowd which braved the heat, was treated to some quality fare as Gill, the 2013 Asia Pacific Rally champion, and Ghosh swept all opposition, clocking two minutes, 43.7 seconds over the 2.28 km circuit.

Behind the duo was young Team Yokohama’s Karna Kadur (Vivek Ponnusamy) in a Volkswagen Polo who was third Overall in 02:39.0 while the third Mahindra Adventure entry Sunny Sidhu (PV Srinivas Murthy) was placed fourth in 02:39.1.

In a huge surprise, favourite Lohitt Urs (Shrikant Gowda) in an Evo VIII, returned a time of 02:43.7 which though was the best in the Asia Cup field, placed him 13th in the Overall standings.

“I am happy that our team fared well today. I didn’t try anything fancy, but just wanted to finish the Super Special Stage without any drama. It is a good confidence booster ahead of the Special Stages tomorrow as it will be a challenge to compete against all-wheel drive, turbo-charged cars. Hopefully, we will build on the early momentum and deliver a strong result,” said Gill.

Meanwhile, Rahul Kanthraj (Vivek Bhatt) of Team Yokohama topped the IRC 2000 class with 02:41.1 to strengthen his chances of clinching the championship in his category.

In the IRC 1600 class, Kadur enjoyed a one-second lead over Adith KC (Harish KN) who however, led the FMSCI Cup 1600 category.