The Melbourne winner conceded that it was a 'tough day at office' and that 'everything that could go wrong, did'. 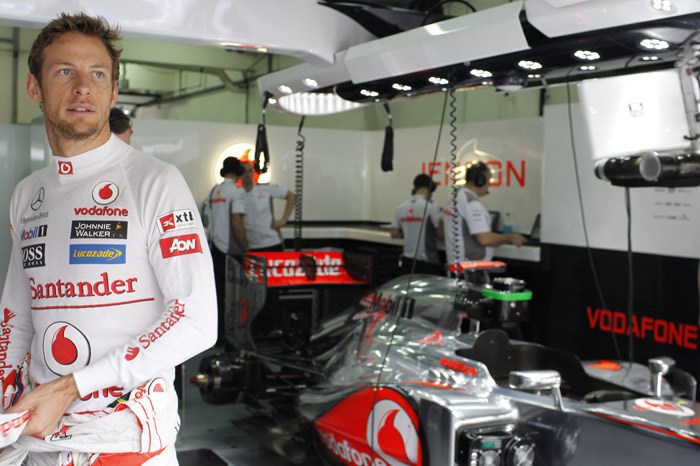 Jenson Button accepted complete blame for the collision with Narain Karthikeyan that cost him a shot at Malaysian Grand Prix victory.

The Melbourne winner looked set to emerge in the race lead, ahead of Sergio Perez, Fernando Alonso and Lewis Hamilton, after timing his change to intermediate tyres perfectly at the restart following the red flag.

But while trying to fight back through the cars that had not pitted yet, Button slid into Karthikeyan's HRT and damaged his McLaren's front wing, forcing an extra pitstop.

"I was struggling to keep the tyres up temperature and it was totally my fault," Button admitted.

"I hit the brakes, I lost the rear. I was struggling to get the car slowed down. I tried to get around the corner but I couldn't do anything but hit him really."

Although Button was the fastest man on the track by some distance for a while later in the race, an additional pitstop as he struggled with his tyres helped consign him to 14th place at the flag.

"A tough, tough afternoon, and then it just spiralled out of control," he said. "Everything that could go wrong, did. All I could do was laugh really. It was so bad today. Sorry for the guys, who obviously expected a lot more today. I couldn't deliver today.

"But, chin up. I won't be looking at any of the footage from this race. I'll be moving forward and looking forward to China, because I really think it was one of those [bad] races that sometimes happen. We'll put that behind us and move on in China."