The Spanish driver will step away from Formula 1, but hasn’t ruled out returning to the series in the future. 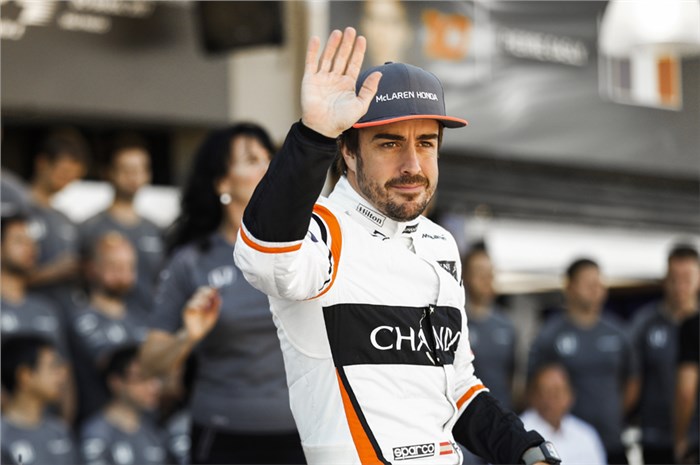 McLaren Racing has confirmed that Fernando Alonso won’t be racing in Formula 1 next year. With a career spanning 17 years, the two-time F1 world champion has amassed 32 wins, 22 pole positions and 97 podiums to date.

“After 17 wonderful years in this amazing sport, it’s time for me to make a change and move on. I have enjoyed every single minute of those incredible seasons and I cannot thank enough the people who have contributed to make them all so special,” said Alonso.

“There are still several grands prix to go this season, and I will take part in them with more commitment and passion than ever. Let’s see what the future brings; new exciting challenges are around the corner. I’m having one of the happiest times ever in my life but I need to go on exploring new adventures.”

Alonso’s future in the sport had been in doubt amid frustration over an uncompetitive second stint with McLaren. However, he hasn’t ruled out returning to race for the team in the future.  “I know they (McLaren) will come back stronger and better in the future and it could be the right moment for me to be back in the series; that would make me really happy,” said Alonso.

The Spanish driver is committed to competing in the 2018-19 World Endurance Championship super season with the works Toyota team, having won the 2018 Le Mans 24 Hours at his first attempt earlier this year.

He hasn’t announced whether he will be competing in any other series next year, but he has been linked to a full-time IndyCar drive. With two Monaco GP wins under his belt, Alonso's Le Mans victory leaves just the Indianapolis 500 unconquered in his bid for motorsport's unofficial 'triple crown'. He was allowed to miss the 2017 Monaco Grand Prix to make his Indianapolis 500 debut, and he challenged for victory in the race before retiring.