2019 Singapore GP: Vettel celebrates first win in over a year

Vettel took advantage of a strategy call to win the race ahead of Leclerc and Verstappen. 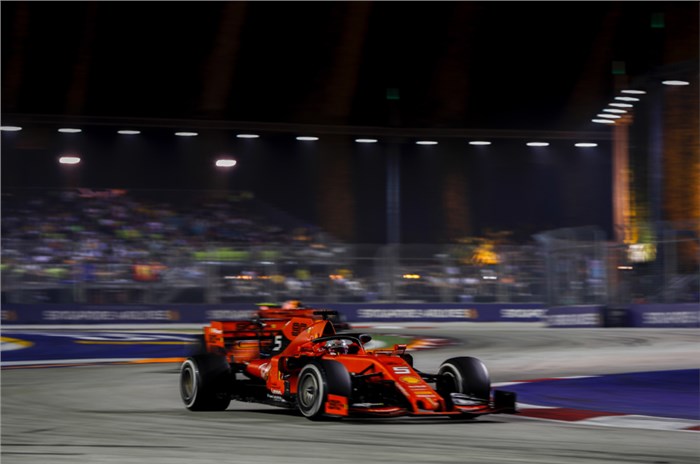 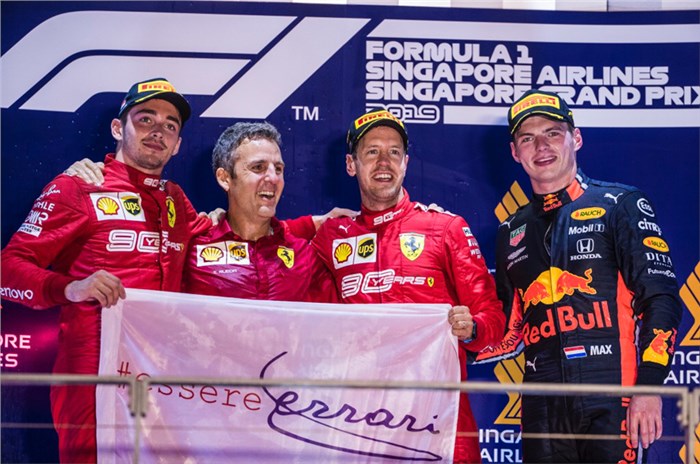 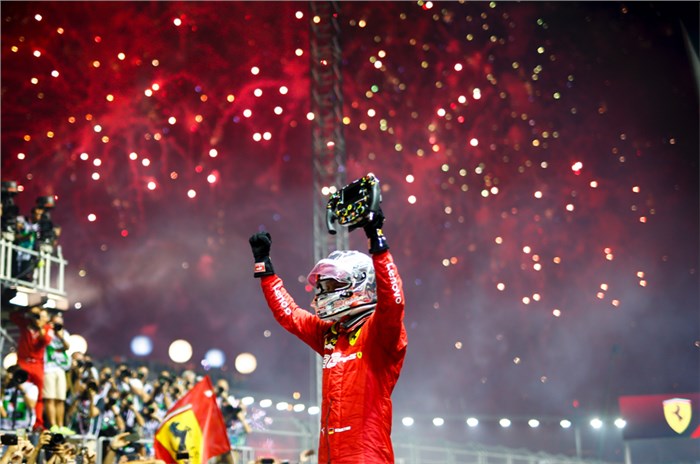 Heading into the 2019 Singapore GP night race, Ferrari may not have been the clear favourites to take victory, with the twisty confines of the Marina Bay Street Circuit theoretically suiting Mercedes and Red Bull better. However, the Italian team turned up to the race armed with updates and it was a move that paid off as Ferrari ending up securing its first 1-2 finish this year, with Sebastian Vettel winning the race – handing Ferrari its third consecutive win this season – ahead of team-mate Charles Leclerc. Vettel took advantage of a strategy call to end his win-less run. His 2019 Singapore GP victory comes well over a year since his last one at the 2018 Belgian GP.

After a relatively clean start, the initial stages of the race saw the frontrunners essentially holding position, with polesitter Leclerc leading the way, followed by Lewis Hamilton, Vettel, Max Verstappen and Valtteri Bottas. Verstappen was the first of the frontrunners to pit for fresh tyres, with Ferrari following suit with Vettel to cover him. Unexpectedly, Vettel’s strong outlap on the fresh hard tyres helped him leapfrog his team-mate, as Leclerc re-joined the track behind him after pitting a lap later.

Hamilton stayed out an additional six laps, and by the time he did take his pit stop, he was down in 4th place; Mercedes even had to instruct Bottas to manage his pace to ensure Hamilton didn’t lose further track position. The field did bunch up a few times as the race saw three safety car periods in quick succession – caused by George Russel and Kimi Raikkonen crashing out in separate incidents, and Sergio Perez stopping on the track.

Leclerc was ultimately asked to manage his engine and “bring the car home”, to which the Ferrari driver responded saying: “I won’t do anything stupid, it’s not my goal. I want us to finish 1-2, I just think it’s not fair”. Ultimately Vettel crossed the chequered flag 2.641 seconds ahead of Leclerc, while Verstappen secured the final spot on the podium. Mercedes had to settle for a 4th place finish for Hamilton and 5th place finish for Bottas.

Alexander Albon ended up finishing 6th, while Lando Norris secured a strong 7th place finish for McLaren. Pierre Gasly, Nico Hulkenberg and Antonio Giovinazzi completed the top 10. Giovinazzi did receive a 10-second post-race penalty for driving too close to a recovery crane, but was nevertheless able to retain 10th place.