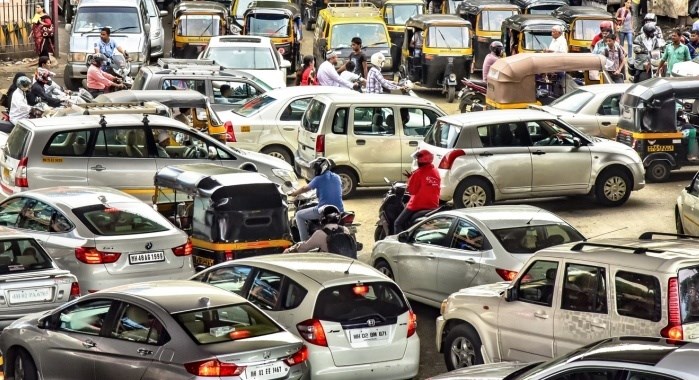 Just when India’s automobile sector spanning passenger cars, SUVs, two- and three-wheelers, and commercial vehicles, was beginning to accelerate, it came across a speedbreaker in the form of demonetisation on November 8.

Since then, the government’s ban on old currency notes of Rs 500 and Rs 1,000 aimed at taking out 86 percent of the currency in circulation in the country, slow issuance of new notes and their lack of widespread availability have dampened market sentiment substantially.

The impact is being felt not only in the automotive sector but also across many others, including FMCG and e-retailing. Footfalls in vehicle showrooms have reduced considerably and the enquiries that come in are not converting into sales. In the coming days, automakers will look to realign production schedules to deal with slower supplies to dealers. The Federation of Automobile Dealers Associations (FADA) said that the entire auto retail trade has come under severe stress and has urged vehicle manufacturers to reduce inventory at dealerships which are saddled with stock.

Among the carmakers, companies like Maruti Suzuki India and Toyota Kirloskar Motor, which are seeing handsome demand and waiting periods for some fast-moving models, November sales have shown good growth. That’s because they have had a sizeable number of advance bookings in hand. In comparison, UV manufacturer Mahindra & Mahindra, which sees a substantial number of its sales coming in from rural India, has seen a big drop in its November sales numbers.

It’s early days yet and overall November 2016 sales numbers may not reflect the real impact of the demonetisation exercise, since the month had opened up in the Diwali festive season which is when most new vehicle buyers take deliveries. Expect automakers to take a relook at their growth forecasts for the fiscal as industry pundits believe it will take a quarter or more before things become normal in the retail automobile sector. Here’s looking at some of the sales numbers carmakers have announced for November 2016.

Hyundai Motor India registered domestic sales of 40,016 units in November 2016, down 8 percent compared to the same month last year when it sold 43,651 units. Hyundai, which is the country's largest passenger cars exporter, shipped 17,077 units in November.

Mahindra & Mahindra has reported sales of 13,217 passenger vehicles, down 32.78% year on year (November 2015: 19,662). Demand from rural India, which accounts for a sizeable number of Mahindra vehicles sales every month, has dropped sharply due to the demonetisation move.

Commenting on the November numbers, Pravin Shah, president and chief executive (automotive), M&M, said, “While we expected an improved auto industry performance on the back of the festive season and other positive parameters such as rural demand and interest rates softening, the sudden announcement of demonetisation has brought in an immediate disruption and uncertainty.”

Tata Motors passenger vehicles recorded sales of 12,736 units in the domestic market in November 2016, with a growth of 22% compared to 10,470 units sold in the same month last year. The passenger car sales continued its upward momentum with a growth of 26% due to strong demand for the Tata Tiago.

Toyota Kirloskar Motor sold a total of 11,309 units in the domestic market, up 10 percent from 10,278 units sold during the same time last year. The Innova Crysta has been well received, clocking more than 50,000 units in just six months of its launch, the company said. To assist customers amid the cash crunch due to demonetisation, the company has introduced 100 percent on-road funding, payments through E-Wallet and Paytm.

Commenting on the monthly sales, N Raja, director and senior VP (sales & marketing), Toyota Kirloskar Motor, said, “We are overwhelmed by the response to the Fortuner. It has received over 6,200 bookings already. However, demonetisation has had its impact on our sales as it has affected customer walk-ins at dealerships and order bookings.”