Uber flying taxi to be introduced in 2020

The car sharing firm says that a flying taxi service will eventually become more affordable and safer than running a standard car. 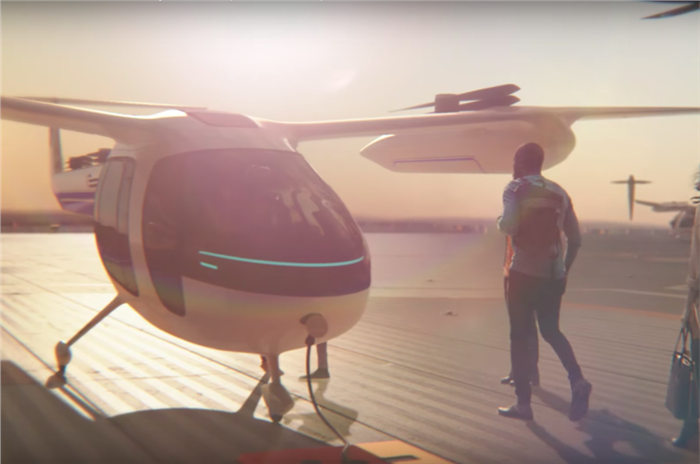 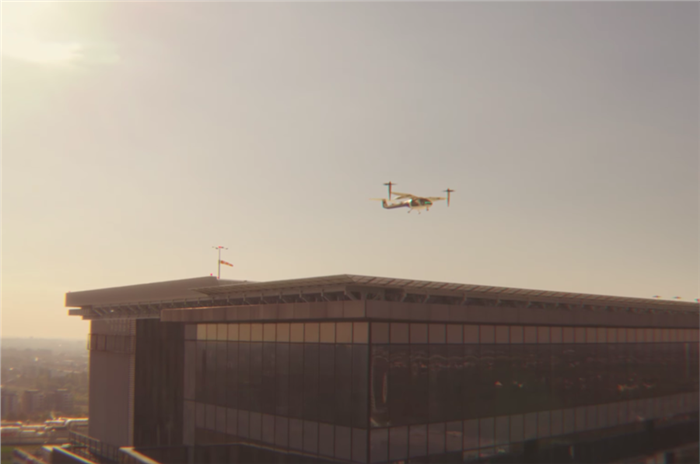 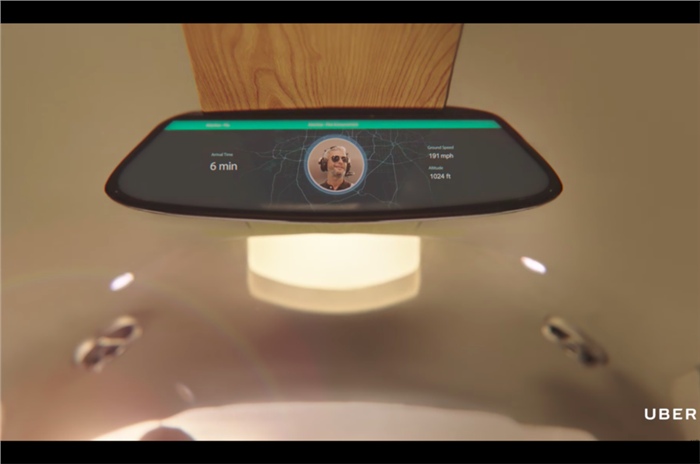 Ride-sharing firm, Uber, has revealed more details regarding its flying taxi, which is expected to launch in Dallas, Texas and Los Angeles, California by 2020.

A video released by Uber shows the process for booking a flying taxi, demonstrates the taxi’s seating for four and showcases its ground speed of over 300kph.

After making a booking, the customer heads to an ‘Uber Spkyport’ located on top of a building. Rather than being a door-to-door service for a single individual, customers share the flying taxi and are dropped off at a mutually convenient location and then use one of Uber’s planned self-driving taxis to reach their destination.

The firm’s chief product officer Jeff Holden announced at the Uber Elevate Summitthat it will also launch the flying taxis in Dubai by 2020.

Using small electric VTOL (Vertical Take-off and Landing) aircraft, Uber will charge passengers $1.32 per mile (about Rs 86 for every 1.6km). The firm claims that the fee will reduce over time so much so that'll it'll one day be cheaper to use Uber's flying taxi service than to run a car.

Uber described its plans as enabling “rapid reliable transport between suburbs and cities, and ultimately, within cities”. The flying taxis will first be used for long-distance commutes in heavily congested urban areas not served by existing transport infrastructure.

About a dozen companies are working with Uber on the project, including vehicle charging station maker Chargepoint, who will develop an exclusive charger for the network for the electric aircraft.

Uber's electric aircraft, which is expected to be quieter, cheaper and less polluting than a helicopter, would ultimately use autonomous technology, the company says, making it much safer by “significantly reducing operator error”.

The firm says that the VTOL aircraft can be up to twice as safe as driving a car due to autonomy and distributed electric propulsion (DEP). The use of DEP allows for fixed-wing VTOLs, which wouldn't need large helicopter rotors and generate lift with greater efficiency than rotors.

However, Uber has said that there is a real risk involved as no vehicle manufacturer to date has yet demonstrated a commercially viable aircraft featuring DEP.

Uber also believes that the flying taxis will be more affordable that running a car in the long run. Agreeing that current aircrafts and helicopters cost about 20 times more than a car, due to low-volume manufacturing, it said: “If VTOLs can serve the on-demand urban transit case well — quiet, fast, clean, efficient, and safe — there is a path to high production volume manufacturing (at least thousands of a specific model type built per year) which will enable VTOLs to achieve a dramatically lower per-vehicle cost. The economics of manufacturing VTOLs will become more akin to automobiles than aircraft.”

While early VTOL vehicles are likely to be very expensive, the ridesharing model quickly reduces vehicle cost, which will mean that the high cost is not expected to end up being prohibitive to getting started.

“Once the ridesharing service commences, a positive feedback loop should ensure that ultimately reduces costs and thus prices for all users, i.e. as the total number of users increases, the utilisation of the aircraft increases,” the company said.

There are, however, a few issues that Uber has yet to overcome including the certification process for new aircraft concepts, battery technology for electric transport and issues with air traffic control. The firm claims that the greatest operational barrier is the lack of landing pads.

Uber calls the vision of introducing autonomous electric flying taxi ambitious but believes that  it is achievable in the coming decade if all the key elements in the VTOL ecosystem — regulators, vehicle designers, communities, cities, and network operators — work together effectively.