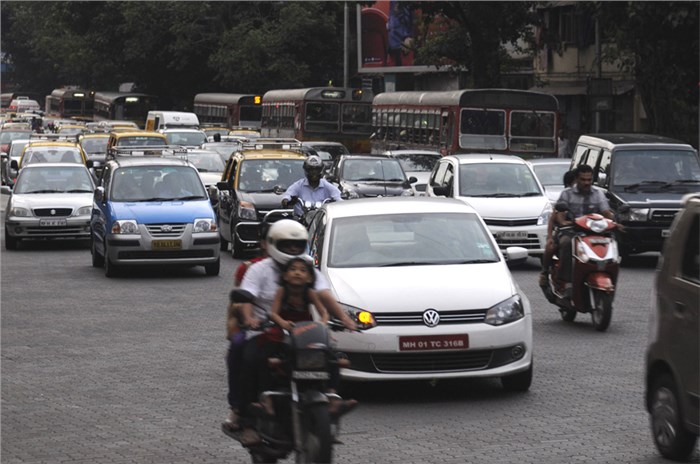 Most automakers witnessed a speedy growth in passenger vehicle sales in July on the back of higher dispatches following the implementation of Goods and Services Tax. In June, carmakers cut back on deliveries due to uncertainty over the impact of GST on car prices. July data also includes the extra stock from dealers in anticipation of the festive season.

The sales data reported by carmakers is the volumes dispatched to dealers (wholesale) and not the sales to customers (retail).

Thanks to the sizeable taxation relief GST has afforded to passenger vehicles and utility vehicle makers, demand is likely to be stronger in the near term.

The country's largest carmaker Maruti Suzuki sold 1,53,298 units in July 2017, up 22 percent from July 2016's 1,25,264 units. With a strong manufacturing capacity on hand, now that the Gujarat plant is humming away smoothly, the carmaker is firing on all cylinders. If July numbers are any indication, then expect Maruti to cross the 1,50,000-unit sales mark month after month.

The premium Ciaz also found 41 percent more homes, selling 6,377 units (July 2016: 5,162). The sedan’s diesel mild-hybrid version, the SHVS, however, has been struck by the high taxation (43 percent) on hybrids under GST, with demand virtually diminishing owing to the drastic increase in price.

According to RS Kalsi, executive director (Marketing and Sales), MSIL, “The situation is grim for the mild-hybrid variants of the two models. While we have appealed to the GST Council through SIAM, we would wait for the government’s response and see how things turn out, before planning out anything further.”

Hyundai Motor India, country's second largest carmaker, has registered sales of 43,007 units in July, up 4.4 percent year on year (July 2016: 41,201). Commenting on the numbers, Rakesh Srivastava, director (Sales and Marketing), said: “Hyundai, with a growth of 14.5 percent month-on-month and 4.4 percent year-on- year, continued its growth momentum on the strength of strong performance by the Grand i10, Elite i20 and Creta.”

The company is also set to introduce its next-generation Verna sedan in the market in the coming months, to take on a growth path in the segment.

Homegrown UV major, Mahindra & Mahindra (M&M) has reported sales of 20,962 vehicles in July 2017 from its passenger vehicle business, registering strong 21 percent year-on-year growth (July 2016: 17,356). The implementation of GST and the huge taxation relief it gave to SUVs is benefiting UV manufacturers in a big way.
Toyota, which recorded subdued sales in June, bounced back with sales of 17,750 units in the domestic market, registering a year-on-year growth of over 43 percent (July 2016: 12,404).

The carmaker's sales, not surprisingly, have been driven by the massive consumer demand for the Innova Crysta MPV and the new Fortuner SUV, both having clocked their highest ever sales since launch in May 2016 and November 2016, respectively. The recovery after GST has been strong as customers flocked to benefit from the massive price reductions of up to Rs 98,500 on the Innova Crysta, Rs 2.17 lakh on the Fortuner, and Rs 92,500 on the Corolla sedan.

Tata Motors too registered an improved performance with total passenger vehicle sales of 14,933 units, up 10 percent (July 2016: 13,547) due to continued strong demand for the Tiago and the Tigor. However, its total passenger car segment marginally de-grew by one percent to 12,125 units, bogged down by its slow-selling older models. In the UV segment, however, the carmaker recorded a growth of 110 percent at 2,808 units due to a strong demand for the Hexa crossover which saw price reduction of up to Rs 2.17 lakh. The carmaker is now preparing to launch the Nexon compact SUV which is likely to further bolster volumes.