The draft policy stated any individual or entity is free to set up swapping stations at any location provided they follow specific technical, safety and performance standards. 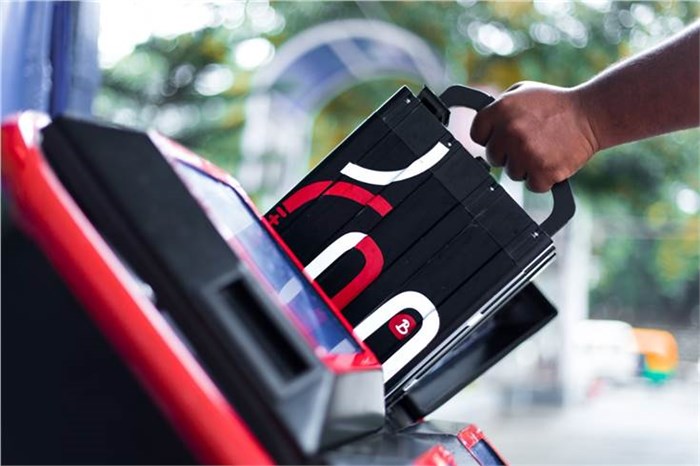 
The government’s think tank Niti Aayog has released a draft policy for implementing battery swapping stations in an effort to encourage buyers to opt for electric vehicles. While presenting the Union Budget on February 1, Finance Minister Nirmala Sitharaman had announced plans to introduce a Battery Swapping Policy and interoperability standards.
Niti Aayog said with the draft policy it aims to promote swapping of batteries with Advanced Chemistry Cell (ACC) batteries to decouple battery costs from the upfront purchasing costs of EVs. It aims to create unique battery codes for ACC batteries falling under this policy.

As per the draft policy, electric vehicles with swappable batteries will be sold without a battery, thus reducing purchasing costs for potential EV customers. Individuals can set up swapping stations at any location while maintaining technical, safety and performance standards.
The draft policy also stated that all metropolitan cities with a population above 40 lakh will be prioritised for the development of battery swapping network under the first phase. Major cities such as state capitals, Union Territory headquarters and cities with population above 5 lakh will be covered under the second phase, the draft policy said.
“The target vehicle segments for battery swapping are e-2Ws and e-3Ws, which are heavily concentrated in urban areas,” the draft said, adding that the rollout of battery swapping stations will also take place in a phased manner.

As it stands, battery swapping allows an owner to remove and replace their depleted battery with a fully charged one. Manufacturers like Hero Electric, Revolt, Bounce and Simple Energy currently offer the removable battery technology with their electric two-wheelers.
The policy aims to improve interoperability standards that will reduce range anxiety among EV owners. Niti Aayog is currently working on inviting suggestions from its stakeholders as a form of consultation for the policy until June 5, 2022.
Also See:
Retail EV sales cross 4 lakh units since April 2021
BattRE EVs now interoperable with the Bounce network