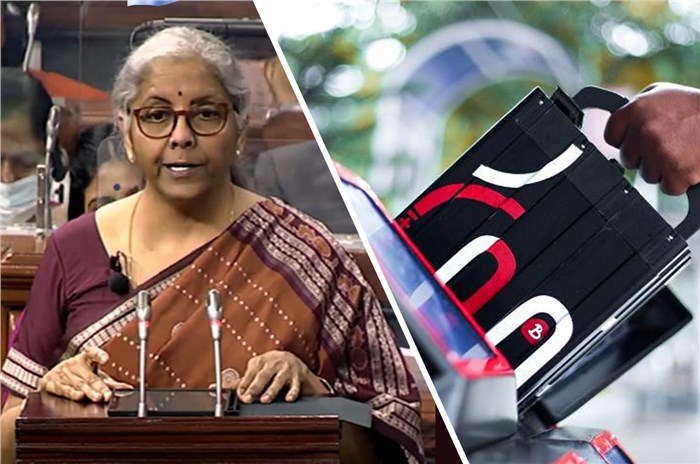 The central government on Tuesday proposed to introduce a battery swapping policy to encourage buyers to opt for such vehicles. Specifics of the policy or when it would be introduced were not disclosed, but Finance Minister Nirmala Sitharaman, presenting the Union Budget, also stated that the private sector will be encouraged to develop sustainable and innovative business models for ‘Battery or Energy as a Service’.

With battery swapping, an owner can simply pull out a depleted battery and replace it with a fully charged unit and, thus, not have to contend with a recharging wait time. Currently, removable battery technology already exists with a few manufacturers like Hero Electric, Revolt, Bounce and Simple Energy, other than a few other Chinese origin vehicle brands. Others like Bajaj, TVS, Ather and OLA do not have removable batteries.

Thus, for a workable battery swapping model to be implemented, getting all manufacturers to adopt a uniform standard will be key. Towards that end, the finance minister said that a battery swapping policy will be brought out and inter-operability standards will be formulated. This would have to be done quickly and in earnest as companies like Bounce, for instance, have already stepped foot into the arena, making it important to unify a network rather than have many fragmented ones mushrooming.

How quickly this can be formulated, engineered and implemented, and how it will be received by the industry remains to be seen, however, initial reactions are encouraging. TVS Motor Company chairman Venu Srinivasan said, “We strongly support the measures to promote clean and green mobility, mainly introducing the battery-swapping policy, which will be instrumental in supporting an efficient EV ecosystem.”

Naveen Munjal, MD, Hero Electric, said, “Hero Electric has always been a strong advocate of standardisation of EV battery packs to accelerate EV adoption. Interoperability standards will help address range anxiety issues and battery swapping stations will be an asset to the evolving EV ecosystem across the country.”

Last year, Ather Energy offered its proprietary fast-charging connector to other electric two-wheeler manufacturers, which, if adopted, would allow OEMs to build products to a common standard, and thus, allow all electric scooters access to a common fast charger network.

Though not mentioned so far, the battery swapping initiative is likely to be aimed at two- and three-wheeler manufactures given that their battery sizes are more amenable and easy for quick swapping.

The finance minister also proposed special mobility zones for zero fossil fuel vehicles and announced an additional tax of Rs 2 per litre on unblended fuel, effective October 2022. The government has so far been promoting the use of blended fuels, and this move is in accordance with that.

As for road development, the finance minister spoke about the government's plans to add an additional 25,000km to the national highways network in FY2023, which will be a part of the PM’s Gatishakti National Master plan. The government, she said, would mobilise Rs 20,000 crore via innovative ways of financing to complement public resources. The Gatishakti masterplan also included announcements on the integration of the postal and railway network, new services under Vande Bharat, as well as announcements on metro, ropeways and improvement in logistics infrastructure. The budget also spoke about boosting infrastructure in the North East as well as the establishment of multi-modal logistics parks at four locations in the country, contracts for which will be given out in FY2023.

There were no big announcements for the auto sector, however, especially in the form of tax reliefs on automobiles or a reduction on the already highly taxed petrol and diesel fuels, something that has been long sought for.

Do you think a battery swapping policy will be beneficial for end users? Let us know in the comments below

Still no relief from import duties ,Tesla`s getting no break...Make In India at its peak...

Still no relief from import duties ,Tesla`s getting no break...Make In India at its peak...