Uses existing hardware to bring down NOx emissions to even below next-generation limits. 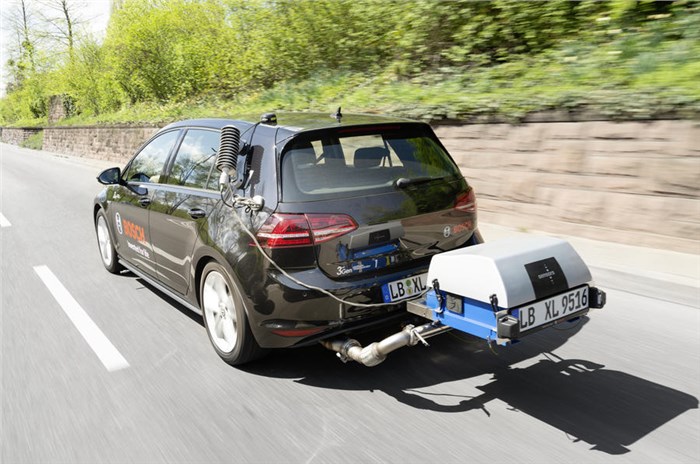 German engineering firm Bosch has developed technology that uses currently available hardware to drastically bring down nitrous oxide (NOx) emission in diesel cars. The sales of diesel cars have tumbled in the recent months as regulators aim to lower the output of NOx; the gas is harmful to humans and is associated with respiratory problems in urban environments.

Bosch claims that it has developed a solution that not only reduces NOx output in diesel engines but practically eliminates it so it falls to a point that’s almost a tenth of the next-generation limits.

EGRs work best when they are heated by waste gases to more than 200degC, but Krüger said this temperature is rarely reached when cars are driven at low revs through urban environments.

“If you were to coast or not touch the accelerator, the EGR would cool far below its optimum temperature, so NOx levels are higher,” he said. "With our system, the point is to minimise all temperature losses by packaging the EGR as close to the engine as possible.”

By pushing the EGR closer to the engine, the part can be kept closer to 200degC for longer, thanks to the soaking of heat surrounding the engine bay. Bosch’s new system also intelligently manages the movements of gases to ensure only hot gases travel through the EGR.

These processes, which are said to use existing hardware already equipped on modern diesel vehicles, are claimed to trim NOx output to as low as 13mg/km in real-world driving scenarios. This not only far undercuts the current limit of 168mg/km; it also easily beats the next-generation limit of 120mg/km, which comes into force in 2020.

“We are really taking care of finding the best overall compromise,” he said.

While Bosch doesn’t comment on its customers, it is well known that the firm supplies a large number of the world’s biggest manufacturers, including the Volkswagen Group and Mercedes-Benz – emphasising the impact this new system could have.