The revised fares for the Mumbai-Pune expressway has gone up across the board, with fares for cars going up to Rs 270 (Rs 40 hike). 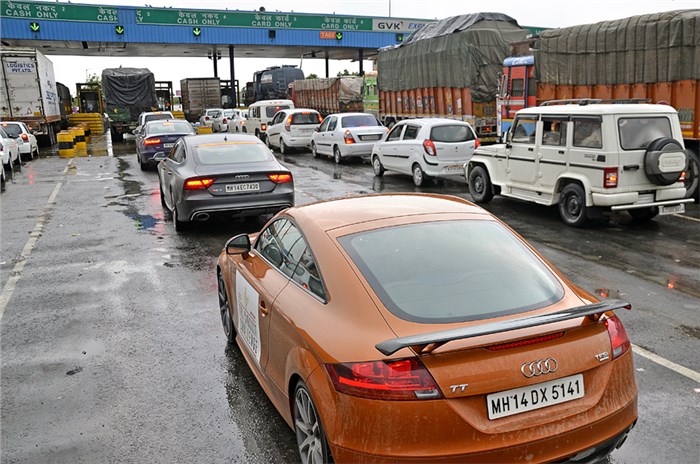 Come April 1, 2020, the toll rates for the Mumbai-Pune Expressway will be increased across the board, for all sections of the expressway and all categories of vehicles. The basic fare for the full length of the expressway will go up by Rs 40, from Rs 230 to Rs 270 (for Light Motor Vehicles – sedans, SUVs, hatchbacks). The revised rates will be valid for the next three years, till March 31, 2023. We have compiled a table of the new fares below.

This revision in the expressway’s toll rates is a recurring process that has been taking place every three years since 2005. These rates were specified in a notification issued by the Maharashtra government back in 2004. The last revision took place back in 2017, which saw the rates for cars travelling the full length of the Expressway increase from Rs 195 to Rs 230 (a Rs 35 hike).

As the rates for the Mumbai-Lonavala stretch of the expressway have also been hiked, we have compiled a table for the new rates in a table below.

The MSRDC also issued a letter of acceptance on Tuesday to IRB Infrastructure Developers for the rights to collecting the toll on this route for the next 15 years. IRB will be paying MSRDC an amount of Rs 8,262 crore for the collection rights, with the company paying Rs 6,500 crore up front and further paying Rs 850 crore for the 2nd year and 3rd year each. For the fourth year, IRB will pay Rs 62 crore.