JLR CEO says transition to EVs will be costly 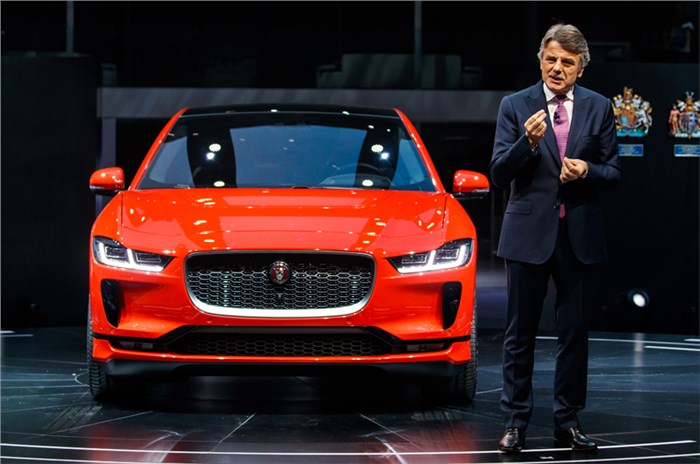 Environmental concerns and ever-tightening emission regulations have put electric vehicles (EVs) in the driver’s seat but Jaguar Land Rover (JLR) isn’t giving up on the long-standing internal combustion just yet.  Though JLR has joined the EV race with the premiere of the 400hp Jaguar I-Pace this month at the Geneva motor show – which saw almost every manufacture field some form of electrified car – the British carmaker believes that the transition to full electric, which involves a significant infrastructure overhaul, won’t happen overnight.

"It is predicted that by 2025-2030, around 20-30 percent of vehicles will be electrified. That sounds like a lot, but it also means 60-70 percent vehicles will continue to use an internal combustion engine. So the IC engine will have a big role to play," said Ralf Speth, Chief Executive Officer, Jaguar Land Rover, on the sidelines of the Geneva motor show.

Speth also feels that diesel technology has been unfairly undermined by a growing perception that diesels are a health and environment hazard in the wake of the VW diesel scandal. In fact, the JLR boss stressed on the advantages of modern diesels such as better fuel efficiency, lower CO2 emissions and the ability to tackle NOx by means of Selective Catalyst Reduction (SCR) with urea (Adblue) injection.

"With Adblue, NOx is not the big issue anymore. So facts and figures should be put on the table and governments, environmental groups, journalists, and automakers should sit around the table and create the right platform for future mobility," said Speth who still believes in the potential of diesel despite the growing popularity of EVs. “A few automakers have said they are stepping out of diesel completely. It would be a pity if this impacts the development of diesel. I am convinced that for us diesel will play a role in the future," he added.

Speth admitted developing internal combustion engines as well as electrics is a challenge and does weigh on profitability but it is imperative to cater to the customer demand. "Yes, it is a challenge for us. We have to develop the electric technology and also refine the conventional internal combustion engines and other new ones, which stretches an organisation unbelievably. It's a question of manpower, of skills, but also quite clearly, at the end of the day, of money.”