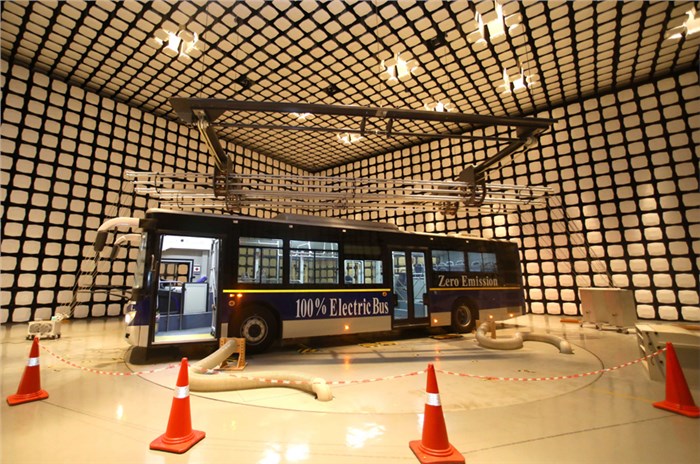 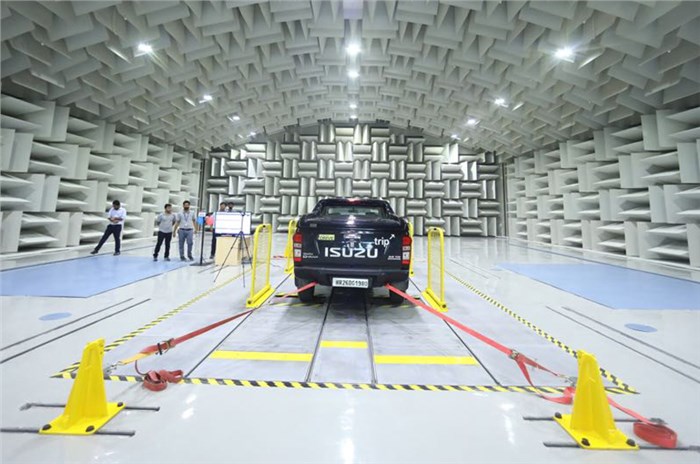 ICAT currently undertakes major activities like for the automobile industry like homologation and certification as per Indian regulations; testing as per various Indian and global regulations; and developmental and automotive R&D projects.

The new facilities being inaugurated at ICAT’s Centre II include:

Around Rs 153 crore was invested in the NVH lab. It is equipped with facilities such as Semi-Anechoic Rooms with dynamometer capabilities for PVs and HCVs, modal analysis room, coupled acoustic rooms and listening room. The Passenger Car Semi-Anechoic Chamber has the capability to simulate external Pass by Noise test for development of vehicles to meet present and future regulatory requirements.

This lab was created with an investment of around Rs 70 crore for certification and R&D in the field of Electromagnetic Compatibility (EMC), which is the ability of a vehicle or electrical/electronic component to function satisfactorily in its electromagnetic environment.

The EMC lab has a Vehicle Semi-Anechoic Chamber (VSAC) that can accommodate all types of vehicles ranging from two-wheelers to heavy commercial vehicles for electromagnetic emissions and immunity testing.

It also has a Component Semi-Anechoic Chamber (CSAC) for testing of electromagnetic emissions and immunity for electrical/electronic components of a vehicle. It is also equipped with a general instrumentation room for component-level tests like conducted immunity, conducted transient emissions and electrostatic discharge.

The Rs 68-crore facility provides certification and R&D in the field of passive safety. It is capable of performing crash tests, pedestrian protection tests and sled tests as per various Indian, International and NCAP regulations (including Bharat NCAP).

The lab is equipped with full-fledged crash test facilities to conduct full frontal, frontal ODB, side impact, and rear impact crash tests, among others, as per Indian and International regulations. It has all types of instrumented crash dummies, with dummy calibration facility, high-speed cameras, specialised lightings, onboard data acquisition system, soak room, pedestrian protection test facility, deceleration sled test facility and airbag test facility among others.

The Tyre Test Lab (TTL) provides services related to Type Approval and Conformity of Production of Tyres. ICAT has developed new capabilities for this lab, including the installation of Dual Station Endurance Test Rig and Tyre Rolling Resistance Test Rig.