With the Auto Expo dates coming closer, Arun Malhotra and Sugato Sen from SIAM discuss what one can expect from the highly anticipated motor show. 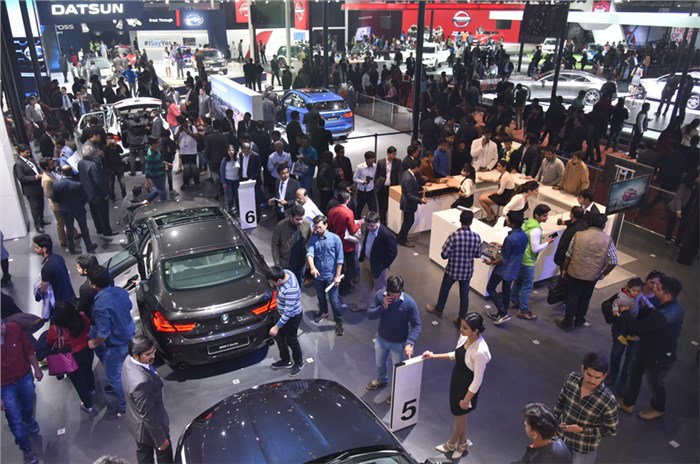 The Motor Show 2018, which is being organised by the Society of Indian Automobile Manufactures (SIAM), jointly with the Automotive Component Manufacturers Association of India (ACMA) and the Confederation of Indian Industry (CII), is set to see more than 100 vehicle previews across the passenger vehicle, two-wheeler and commercial vehicle segments at the India Expo Mart in Greater Noida between February 9-14, 2018.

The Motor Show is set on the theme of ‘Co-Create, Co-Exist and Celebrate’, which SIAM says is in sync with its focus on the ‘Entire Mobile Eco-System’. The Show will see participation from around 50 percent of SIAM members, along with a number of new entrants including Kia Motors and India Kawasaki, along with some technology companies.

At the concurrent Component Show 2018 held at Pragati Maidan, around 1,200 exhibitors from 20 countries will be participating. The separate locale is mainly to draw the different audience, comprising B2B visitors and exhibitors.

SIAM has stated that the Auto Expo 2018 is set to become a more engaging experience than before. The body has extended the event by one day due to the increase in response it has witnessed, through the years. It also adds that India’s Auto Expo ranks among the top 7-8 auto shows, globally.

The automotive industry contributes to around $20 billion in exports alone, apart from being one of the top employers in the country. The industry body says that by 2026 the Indian industry – which is already the biggest two-wheeler manufacturer in the world – will also become the third-biggest commercial and passenger vehicle manufacturer.

“Mobility’s future evolution is just beginning, and Auto Expo – The Motor Show 2018 will be a platform to showcase the best in mobility and technology for the consumers," said Arun Malhotra, MD, Nissan Motor India and chairman, SIAM Trade Fair. "Over the years, the Auto Expo has emerged as a global platform for auto manufacturers to showcase their best of product, technology, and futuristic visions. We are confident this edition of AETMS will set new benchmarks globally for the Indian mobility system solutions.”

Sugato Sen, deputy director general, SIAM, said: “This edition of the Auto Expo – The Motor Show 2018 is one of the biggest motor shows of this region and we have moved away from just the static displays of automobiles to a more dynamic showcase of total mobility solutions. There will be multiple zones for different activities keeping in tune with the theme of the expo and will be more focused towards new technologies and innovation in the auto industry.”

Regarding the good number of OEMs not participating in this year’s show claiming “high expenses”, Sen responded, saying, “The cost per square feet of space has remained the same since 2012; there has been no revision in the price charged to the companies, at all. In fact, the discount that we started in 2012 to encourage participation from OEMs is still being continued. There are some companies which have not participated; but that has been a common trend. In every edition of the Auto Expo, there will be some companies which do not have any new major product to showcase or some other difficulty which keeps them from participating in the event.”

He further stated that Indian automotive industry is going through one of the biggest disruptions due to the transition from BS IV to BS VI and the focus towards environment-friendly vehicles. This has created a situation for many companies towards focusing on developing the relevant technology; not towards launching new vehicles but more towards refreshes.

Sen went on to claim that the Auto Expo in India sees the highest number of average footfalls per day (100,000) compared to any other motor show, globally.