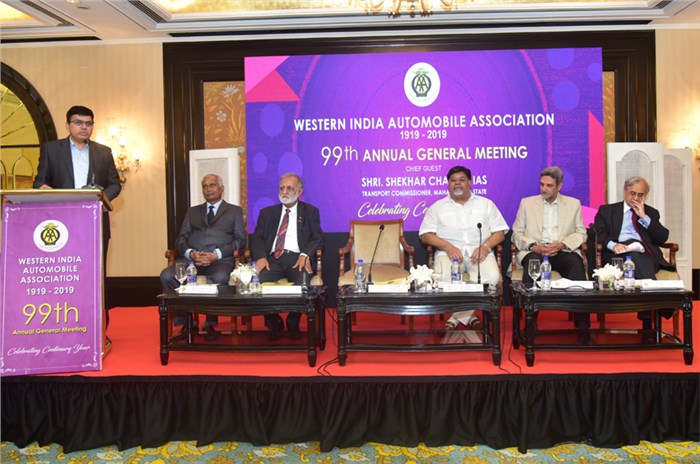 The Western India Automobile Association (WIAA) is India’s oldest non-government motoring body and is celebrating its centenary this year. It was formed on October 15, 1919, with its first meeting taking place in the ballroom of the Taj Palace Hotel. To mark this historic event, the WIAA returned to the same venue for its 99th Annual General Meeting on October 15, 2019.

An announcement was made at the event that the chairman of WIAA, Nitin Dossa had signed an MOU (Memorandum of Understanding) with the Gujarat Government to establish its first Road Safety Institute. It will be located in Kutch, and the operations are likely to begin by 2020. Speaking to Autocar India at the event, Dossa stated this facility will teach the A to Z of driving for passenger vehicles, heavy vehicles, and heavy vehicles transporting hazardous materials. Driving will be taught on a specialised training track and driving simulators will be used.

A few of the key announcements at the event included the supportive stance the WIAA has taken with regard to the high motoring fines – part of the Motor Vehicles (Amendment) Act, 2019. This has been done in the hope that the higher fines will improve road safety and reduce the road accident fatality rate in India (which is at over 1.5 lakh every year). The association also announced its PUC (Pollution Under Control) vans will be deployed in select areas in the coming months and all the association's members can use it for free.

Going forward, the WIAA also plans to increase helmet advocacy in order to improve two-wheeler safety by creating new initiatives and appointing new safety ambassadors. It will also continue to host the women's rallies annually to empower female drivers along with other road safety initiatives in the future.

The WIAA is also working towards providing easier application for the International Driving Permit (IDP). This will be done by allowing its members to apply for the permit at any of the WIAA offices instead of the current provision, which only allows applicants to apply for the IDP in the state that is mentioned in their passport address.

The WIAA also highlighted its history and accomplishments while also felicitating its members who completed 50 years.