VW T-Cross SUV to share lots of interior bits from Virtus/Polo; to get an optional 10.25-inch display. 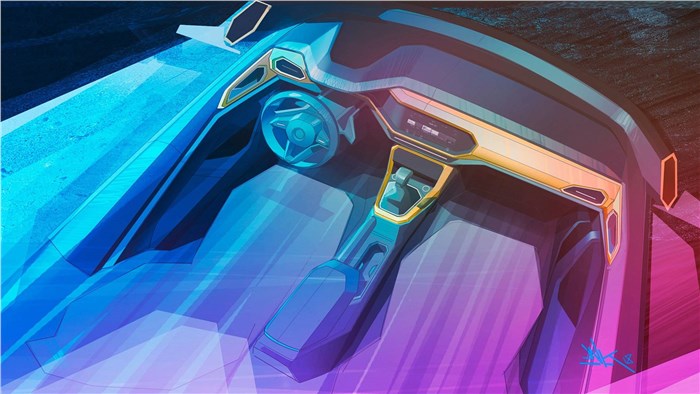 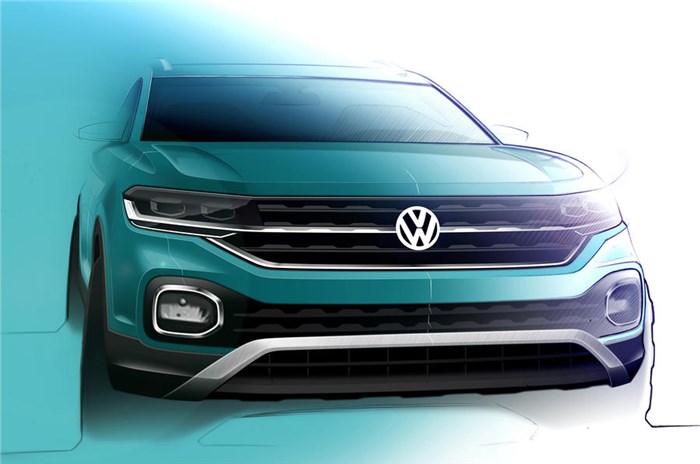 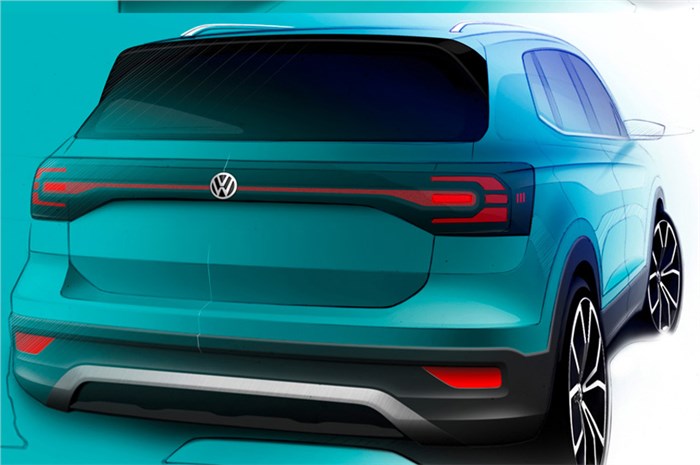 Volkswagen has released the first interior sketch of its upcoming T-Cross SUV. The company has been testing the new SUV in various parts of the world since some time now.

As reported by us earlier, the official interior sketch confirms that the T-Cross SUV will indeed share a very similar dashboard and centre console design with the latest-gen Polo and Virtus sedan (both of which are not sold in India currently). The dashboard has a simple design with a large 8-inch touchscreen infotainment display taking centre stage. The SUV’s interior will also get an optional package which will allow buyers to select colour-coded bits for the dashboard and centre console. Additionally, a large 10.25-inch display will replace the traditional gauges, at least on the higher-spec variants of the T-Cross SUV.

The T-Cross will be sold in two versions globally, a standard Euro-spec model and a slightly longer and more upright-designed version for emerging markets such as China, South America and India. The India-bound T-Cross will feature longer rear doors and more SUV-like rear styling as opposed to the sloping and rounded look on the European model.

India will get a Skoda derivative based on the T-Cross first. The new Skoda SUV, also reported by us earlier, will share multiple body panels with the T-Cross but will have its own identity as it will take some styling cues from the Skoda Vision X SUV concept showcased earlier this year.

Both SUVs will be powered a 1-litre, three-cylinder, turbo-petrol engine which is good for around 115hp. The VW T-Cross and its Skoda derivative will measure around 4.19m in its Indian spec and will take on the likes of the Hyundai Creta, Renault Captur, the upcoming Tata Harrier and the Nissan Kicks when they hit our market from 2020 onwards.