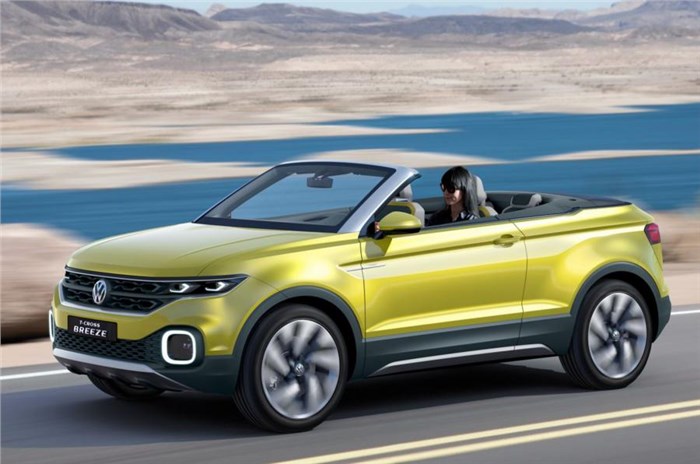 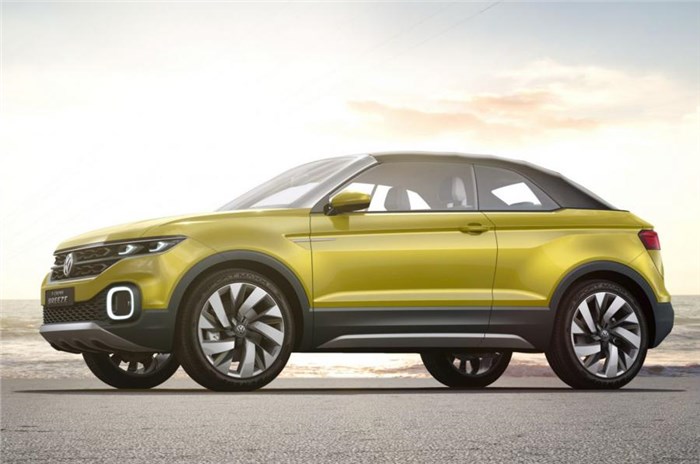 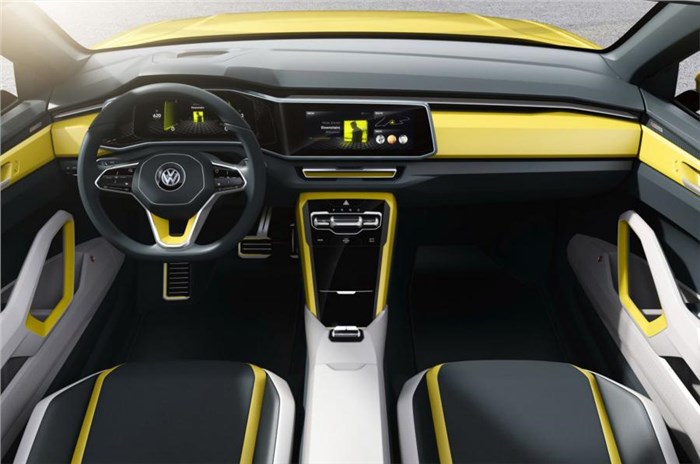 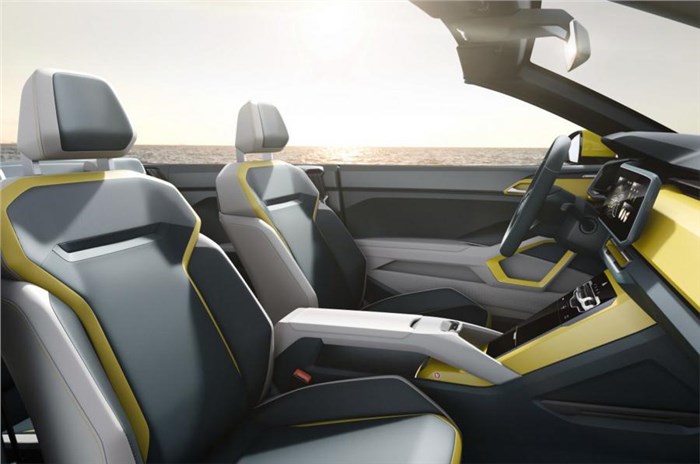 Volkswagen has previewed its plans for a new entry-level SUV with the unveiling of the smartly styled T-Cross Breeze at the Geneva motor show.

Set to head into production as a more traditional five-door fixed roof model, the new 4133mm long SUV is one of three high riding Volkswagen models confirmed for launch within the next two years as the German car maker seeks to diversify its traditional line-up and extend its reach into new market segments

Joining the T-Cross in the expanded line-up of Volkswagen SUVs will be production versions of the earlier 4177mm long T-Roc and 4987mm long CrossBlue concepts. They are planned to compliment the recently unveiled second-generation Tiguan and upcoming third-generation Touareg in a five strong range of dedicated SUV models.

Volkswagen calls the T-Cross Breeze a melding of the SUV and convertible worlds. Styled under Volkswagen brand design boss, Klaus Bischoff, it shares a number of key exterior styling elements with the two-year-old T-Roc, including its full-width grille, taut body surfacing, structured flanks and large wheel houses, in a bid to provide the two new SUV models with a common design lineage in much the same way as the existing Polo and Golf hatchbacks exist alongside each other.

Despite the common look, Volkswagen has provided the T-Cross with a number of distinctive styling flourishes, including large LED day time running lamps mounted low down within the front bumper as well as more structure flanks with a more distinct swage line than the T-Roc. In a move that hints Volkswagen is considering producing a rival to the new Range Rover Evoque cabriolet, its latest concept also features an open top design

“The T-Cross Breeze reflects the new start of our brand. We want to stir enthusiasm with a design that is equally crisp and expressive. We have pulled out all the stops and put what is surely one of the most exciting four-metre SUVs of the modern day on its wheels”, says Bischoff.

At 4133mm in length, 1798mm in width and 1563mm in height, the T-Cross is 46mm shorter, 33mm narrower and 62mm higher than the earlier T-Roc – dimensions Volkswagen says will be mirrored on the production version of the new concept due out in 2018.

The new Volkswagen, which shares its MQB based underpinnings with the sixth-generation Polo, is set to face stiff international competition from the likes of the Nissan Juke, Renault Captur and Vauxhall Mokka in what is shaping up as one of most hotly contested segments

Relying on a combination of aluminium and hot formed high strength steel, the MQB platform helps provides the new price leading SUV with a claimed kerb weight of 1250kg.

Power for the latest Volkswagen concept is provided by its new turbocharged 1.0-litre three-cylinder petrol engine – just one of a number of three- and four-cylinder units planned to be offered with the new junior crossover. With 110bhp of power, the compact direct injection unit channels drive to the front wheels via a seven speed dual shift double clutch gearbox.

The reference to the letter “T” in the name of the T-Cross suggests Volkswagen will continue its tradition in which each of its existing SUV models have received a model name beginning with the letter “T” with the naming of the production version of its latest concept.