Volkswagen keen to bring the Golf GTI to India

Volkswagen hints at possibility of bringing Golf GTI to India as its hot hatch market matures. 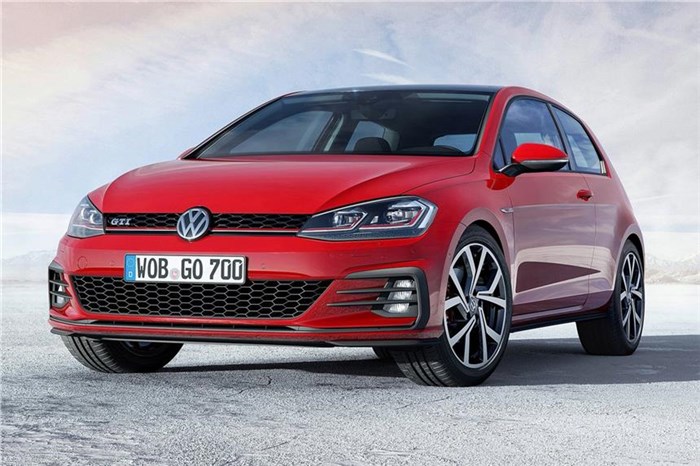 Volkswagen whetted the appetite of the hot hatch buyer in India with the launch of the hot three-door Polo GTI last month. It ramped up the exclusivity by limiting it to a run of 99 models. But the Polo GTI’s big brother, the Golf GTI, continues to evade us. However, that might be about to change as the carmaker has hinted that it could get the Golf GTI to India as the country’s hot hatch market matures.

“There are more GTIs in the Volkswagen family, so something else might come in 2018 or 2019. We are looking at the Golf GTI. There's always a point of time where the Golf makes an inroad into a market, but it’s never at the very first moment. But there is a point where the Golf will make an inroad into the Indian market,” Michael Mayer, director, Volkswagen Passenger Cars India told Autocar India in an exclusive interview.

The Golf has been the mainstay of the German carmaker and is one of its top-sellers worldwide. Justifiably, it has been on the company’s wish list for India too. But given that the hatch sits above the Polo and will likely be too expensive for India in standard guise, bringing in the GTI version would make better proposition.  Based on the company’s latest MQB architecture, the newly updated Golf GTI is powered by an EA 288 2.0-liter TSI turbocharged petrol motor putting out 230hp and is equipped with a newly developed seven-speed DSG.

However, before the GTI, the company is very keenly looking at the SUV segment. “The question for me is what rather comes first. And I think that off-road and crossover vehicles are a global trend and are preferred by Indian buyers too. So that's what we're eyeing at first… Subsequently we will see what is there in the mid-price segment that we could cater to,” Mayer said. Volkswagen is planning to launch the Tiguan SUV in India early next year. It’s the first SUV from the VW Group to be based on the new MQB platform, and is likely to be priced around Rs 30 lakh.

Meanwhile, its sister brand Skoda is already planning to launch its new performance flagship, the newly unveiled Skoda vRS, in India towards the end of next year. The Skoda vRS is powered by the same 2.0 TSI engine as the Golf GTI with an identical power figure of 230hp. In fact, in the UK, both the earlier versions of the Skoda vRS and the Golf GTI are closely priced (£24,885 for the Skoda vRS and £26,825 for Golf GTI). It would be interesting to see how VW positions the Golf GTI in India as the Indian market typically lean towards a performance sedan over the hot hatch for the same amount of money.