The German and American carmakers are set to reveal an expanded link-up that includes collaboration on electric tech; announcement expected at the Detroit motor show. 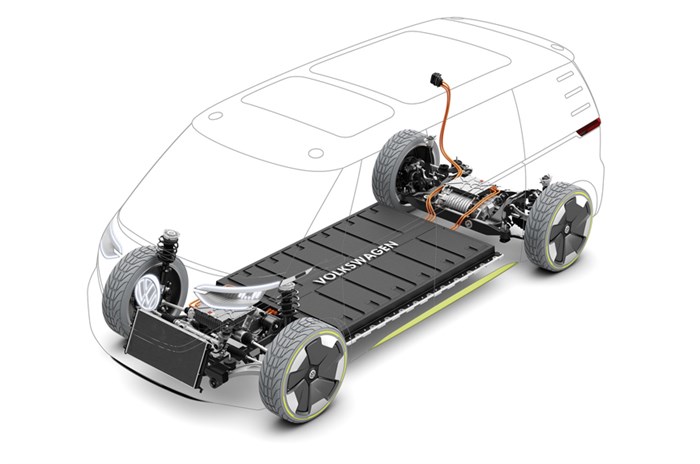 At the next Detroit motor show, Volkswagen and Ford will confirm a wide-ranging 'global alliance' between them. Reports indicate that this includes co-operation in commercial, autonomous and electric vehicles.

The two car giants have already announced a deal to work together on commercial tech. Volkswagen boss Herbert Diess recently said that they have "identified other potential cooperation". Sources have now told Reuters that a deal is close to being agreed to – one that will also involve both companies working together on the future development of autonomous and electric vehicles.

The plans for a strategic alliance – which will neither involve a merger, nor the two companies taking equity stakes in each other – could save both companies billions in research and development costs and allow for shared platforms and self-driving technology.

Sources told Reuters that the two car manufacturers would pool resources towards the development of autonomous technology, with Ford given use of the VW Group's MEB electric car platform. Volkswagen would, in turn, gain access to the architecture of the Ford Transit van and Ranger pick-up; and the move could lead to VW cars being built in Ford plants.

This news follows an announcement last June, when the companies said that they were looking to collaborate on the development of future commercial vehicles, among other projects. Jim Farley, Ford's president of global markets, called this move an example of Ford’s commitment to “leveraging adaptive business models.”

Volkswagen's own MEB electric vehicle platform could form the basis for shared development, although the company's chief financial officer, Frank Witter, has said that there has been no decision regarding whether other companies will be allowed to use the template. The first MEB-based Volkswagen models are scheduled to roll out in November 2019, from the brand's new electric vehicle factory in Zwickau, Germany.

Both Volkswagen and Ford are keen to introduce new electric vehicles to the European market, where strict regulations are being imposed on the development and sale of petrol and diesel vehicles. Volkswagen previously stated its intention to produce 2-3 million fully electric cars by 2025.

Ford and Volkswagen (alongside BMW and Daimler) are co-owners of the Ionity scheme, which is developing a network of ultra-fast charging stations across Europe.

This potential alliance between Volkswagen and Ford would not be the first of its kind. Earlier this month, Honda invested USD 2.75 billion (around Rs 19,500 crore). in General Motors' self-driving division. The Japanese and American companies plan to challenge tech giants Apple and Google with a new range of driverless taxis.

Established car makers around the world are beginning to shift their focus entirely to research and development of zero-emission, self-driving vehicles as global legislation slowly looks at pollution reduction.