Along with Ignis and Baleno RS, the yet-to-be-revealed Ciaz facelift will join Maruti’s premium showroom chain by April. 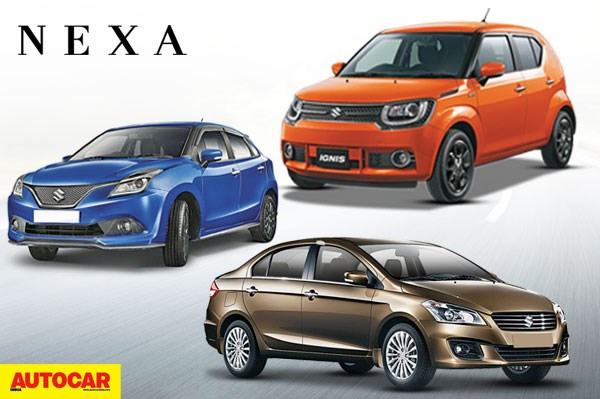 Nexa dealers are set to begin the new year with a bang. Maruti Suzuki has lined up a salvo of launches for its premium showroom channel, starting with the much awaited Ignis, in January. The introduction of the hatchback-crossover will be followed by the sporty Baleno RS variant in February. Interestingly, the Ciaz facelift will be pulled out from the regular Maruti showroom chains and will exclusively retail through Nexa when it goes on sale around April.

The aggressive introduction of new models through Nexa will give a much-needed fillip to volumes of the premium chain that are largely hinged on the Baleno. Launched towards the end of October 2015, the hatch has been the mainstay of the carmaker’s line-up and a regular among the top 10 best-selling cars in the country. Sales of the S-Cross, however, have mostly remained tepid despite Maruti reducing the price and offering big discounts on it.

The Maruti Ignis will spearhead the company's efforts to expand its presence in the hatchback-crossover segment and will now be the entry car for Nexa. But given its premium positioning, it’s likely to be pricier than rivals like the KUV100.

Interestingly, unlike the recent Marutis that get most of their interior bits from a common parts bin, the Ignis will feature a new, premium interior with new switchgear, steering wheel, instrument cluster and even a Mercedes-Benz-like floating infotainment screen. The Ignis is likely to be powered by a 1.2-litre K12-series petrol engine which also does duty on other Maruti heavyweights such as the Swift, Ritz, Dzire and the Baleno. Also present will be the 1.3-litre diesel also from the Baleno which will be offered with the choice of a manual or AMT gearbox.

Dubbed as a more powerful version of its highly popular Baleno, the Baleno RS is likely to debut Suzuki’s 1.0-litre, three-cylinder turbo-petrol engine in India with a power figure of 112hp. Other upgrades include a performance and a sporty body kit and disc brakes on all four wheels.

The country’s top-selling carmaker launched Nexa early 2015 and has sold over 1,45,892 cars through the premium channel till October 2016. The Nexa chain of showrooms accounted for 10.37 percent of the company's total passenger vehicle sales in October , up from 5.98 percent during the same month last year.