Autocar India’s definition of a long drive is quite different but this 20,000km one, narrated by one of our own, takes the cake. We review the book. 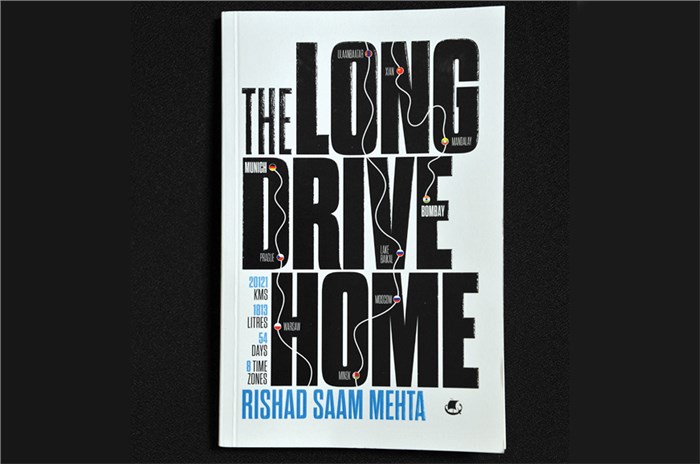 What comes to your mind when you think of a long drive? Delhi to Chandigarh? Pune to Mahabaleshwar? We at Autocar India, however, define a long drive a bit differently. Way back in 2001, we pioneered drives like Kargil to Kanyakumari (K2K) and later Kutch to Kibithoo (K2K2), but, in 2015, team Autocar India set off on its most audacious drive yet – from Munich to Mumbai. And since we couldn’t drive through Pakistan, we had to do it the long way around, via Russia, Mongolia and China – 20,000km! This then is long-time Autocar India travel correspondent (and now often contributor) Rishad Saam Mehta’s account of the drive he did along with us, all the way from Munich to Mumbai, in a pair of brand- new Audi Q7s. 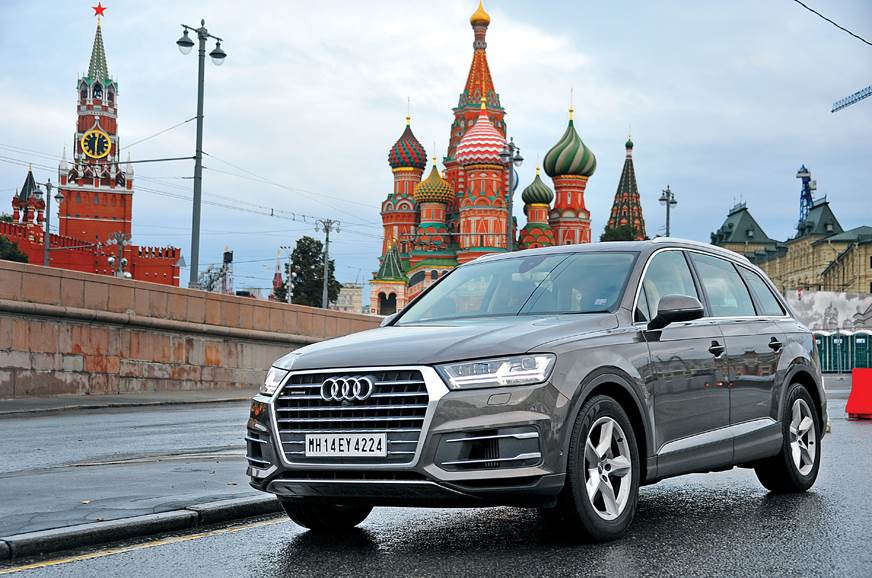 Moscow’s Saint Basil’s Cathedral was one of the sight en route.

A racy read, the book starts off at the immigration counter in Munich, where Rishad narrates his difficulty in getting stamped into Germany. Sure, he has all the right papers, but the officer then asks for a return ticket. Explaining, that he would be driving all the way back must have been epic, especially with a bunch of straight laced, i-dotting, t-crossing Germans seated across the counter. 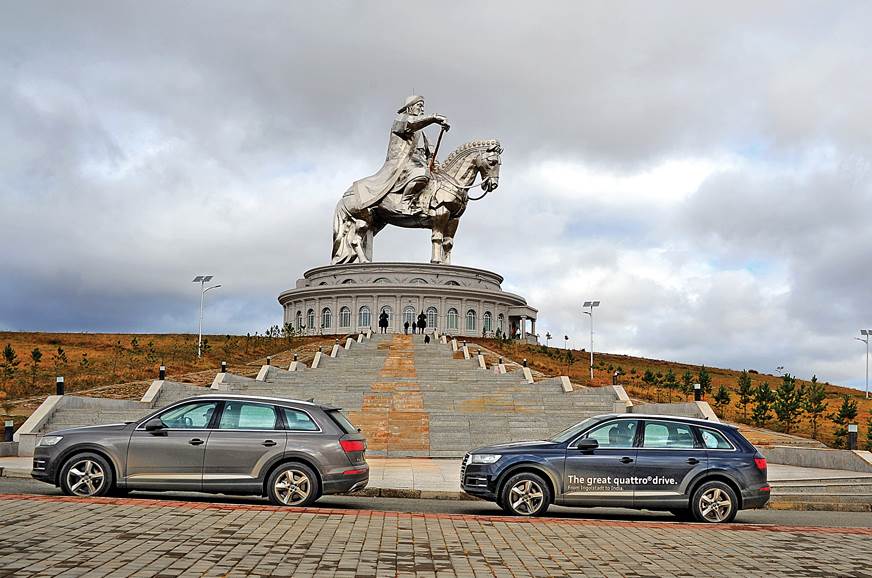 The Q7s meets Genghis in Mongolia.

Filled with fun anecdotes such as these, the book initially winds its way through Eastern Europe, where European roads and fast connectivity provide few problems. There’s, however, always entertainment at hand. Military-style assaults on national monuments, just to get pictures with recognised buildings in the back, are hilariously narrated. Based on the Autocar principle of ‘shoot first, ask for forgiveness later’, it throws up all sorts of situations and scenarios, and Rishad always seems to add a humorous angle to it.

It’s not long before the team encounter their first big hurdle, the border between Poland and Belarus, where red tape seems to be more liberally spread than in South Block. The border guards took 10 hours to finally let them across. 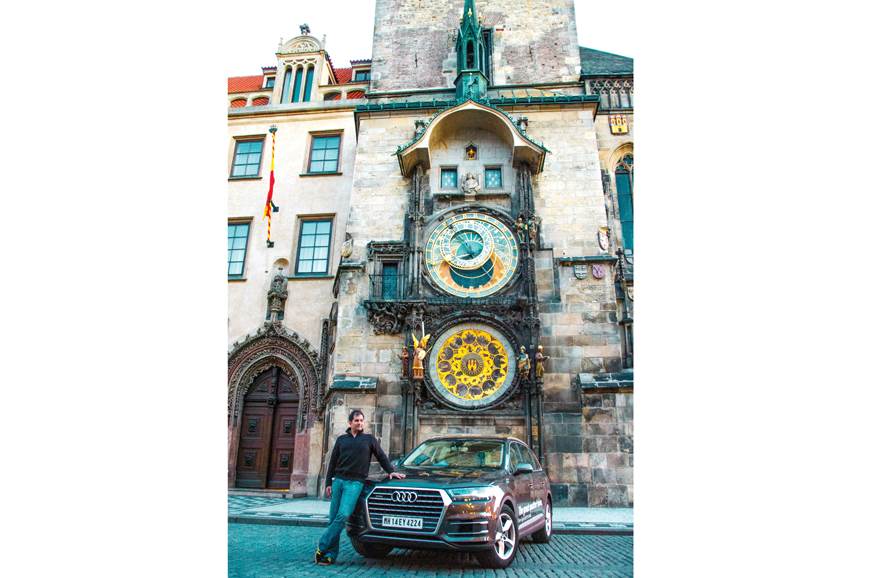 With the astronomical clock tower in Prague.

Rishad’s love for the vastness and beauty of Russia is superbly illustrated, and it immediately makes you want to jump in the car and follow the route. Moscow by night, partying with some locals till the wee hours of the morning, the beauty of Kazan, a pregnant bride in Omsk, simply stunning Siberia in full autumn bloom, massive lake Baikal; it’s a veritable roller coaster ride. And then follows mad Mongolia, along with stories of Genghis, (of course), mad monks and grasslands and ponies. As the book winds its way through, Rishad highlights the changing climate, roads, customs, attitude of people and food; how the team ordered four massive lamb breasts instead of chicken (I suspect Rishad must have swapped chicken for lamb, as he often does) and which is better, horse or camel milk. And that’s before you get to China and all the hotpots and their eat-everything attitude. 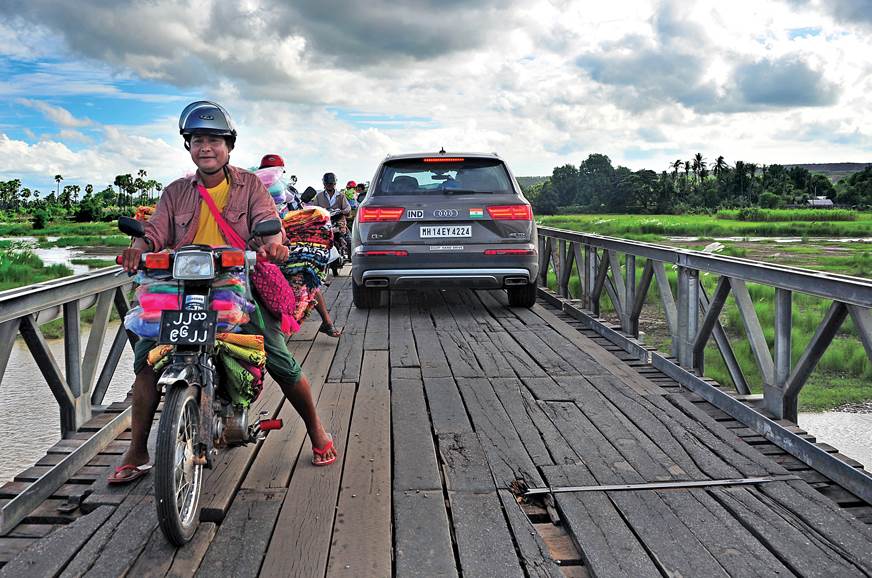 On the wooden bridges of Burma (before they collapsed!).

The last leg home through Burma is adventure at its finest. Crossing swollen rivers on bridges made of logs, getting stranded for two weeks when a series of bridges collapse, and then, finally, the border crossing across the bridge at Tamu, the gateway to India. Rishad even manages to entertain on the drive down to Mumbai.

Ever wanted to be a fly on the windscreen of one of Autocar India’s epic drives? This book puts you in the thick of the action.