Tata Harrier will be priced between Rs 16-21 lakh (on road); to come with a 2.0-litre diesel engine. 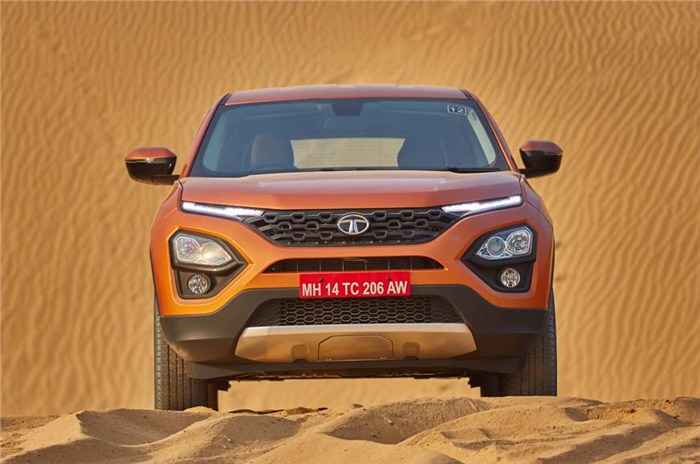 Tata Motors will launch its much-awaited Harrier SUV on January 23, 2019. The Harrier will be positioned as Tata’s contender in the ever-growing mid-size SUV segment that also includes the Hyundai Creta and Jeep Compass.  The SUV will be launched with a 2.0-litre 140 hp diesel engine mated to a six-speed manual gearbox. A diesel-automatic variant will join the line-up later in the year. The Harrier is 4,598mm long, 1,894mm wide and 1,706mm high and comes with a 2,741mm long wheelbase.

The Harrier will come with a Land Rover-like Terrain Response controller with multiple modes (Normal, Wet and Rough) for the ESP system. Additionally the model will also come with Tata’s Multi Drive 2.0 that comprises of Eco, City and Sport modes.

On the features front, Tata will equip the Harrier with plenty of goodies, including a unique twin-screen setup. The 8.8-inch infotainment display and the 7.0-inch digital MID will share info and both screens will be able to display information such as turn-by-turn navigation, music and other infotainment data. Also part of the package will be a JBL sound system, a cooled storage space under the front centre armrest and puddle lamps.

On the safety front, fully-loaded versions of the SUV will come with six airbags, ABS with EBD, corner stability control, hill-hold and hill descent control, a roll-over mitigation system and hydraulic brake assist. It also gets Isofix child seat mounts at the rear.  In all, there will be four trims on offer – XE, XM, XT and XZ.

Bookings for the Harrier began some time back and the company is currently conducting roadshows at various parts of the country.  Deliveries for the Harrier are expected to by end of January.