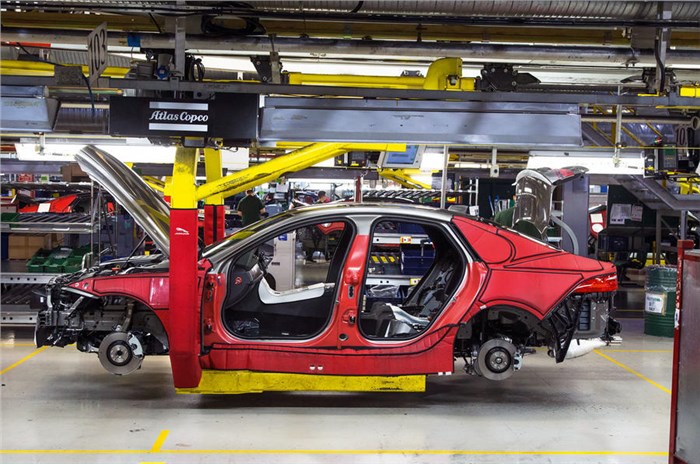 Tata Motors, the owner of Jaguar Land Rover, has denied reports that they are close to finalising a deal to sell the car firm to the PSA Group.

The Press Association (PA) has reported seeing a 'post-sale integration document' that has been circulated within JLR, highlighting the benefits of the company being sold by Tata Motors to PSA, which comprises Citroën, DS, Peugeot and Vauxhall/Opel. A source also told the PA that "things are moving quickly behind closed doors."

In response, Tata Motors re-affirmed a previous statement saying that "there was no truth to rumours that Tata Motors is looking to divest its stake in JLR."

A PSA Group spokesperson told PA that it was in "no hurry" to make any acquisitions, but added it would "consider" any opportunities that came along.

PSA boss Carlos Tavares has been open in recent months about his desire to expand the group, either through acquisitions or partnerships with other car firms. Tavares led PSA’s purchase of Vauxhall/Opel from GM in 2017. The Peugeot family, which owns the largest stake in the PSA Group, also recently said it would back future mergers or acquisitions, including with the FCA Group.

In a recent exclusive interview with Autocar India, Tavares was asked about the firm's interest in Jaguar Land Rover. He said that it would be good for PSA to have a luxury brand, and that the company was “considering all opportunities,” adding he would be interested “as long as it’s not a distraction.”

Tavares said that there had been no discussions with Tata Motors about Jaguar Land Rover yet. He also said that “we don’t have a specific target but if there are opportunities, of course, we will consider it.”

Asked further about adding a luxury brand that would sit about DS, Tavares said: "Why not? Why shouldn’t we discuss it? It depends on what kind of value creation we could generate."

Jaguar Land Rover has struggled in recent months, hit by falling demand for diesels and the decline of the Chinese market. Recent heavy losses, including an asset write-down, also caused the Tata Group to post a quarterly loss.

Tavares cited PSA’s success in turning around Vauxhall/Opel, which posted its first profit in 20 years recently, suggesting it could have a similar impact on the struggling British firm: “With Opel, we have demonstrated that we can turn around a company that was in the red for 20 years, in 12 months. So this is something we know how to do.”

Tavares said the group’s current focus was on its ‘Push to Pass’ strategic growth strategy to expand the company’s global presence, including expansion into the US, Russian and Indian markets.

In a statement to Autocar India, following its interview with Tavares, Tata Motors said that Jaguar Land Rover was not for sale. Following Jaguar Land Rover's 2018 losses, Tata's boss had previously affirmed its commitment to the company.