The plan targets strengthening the SUV portfolio as well as promote cleaner CNG-powered cars in India. 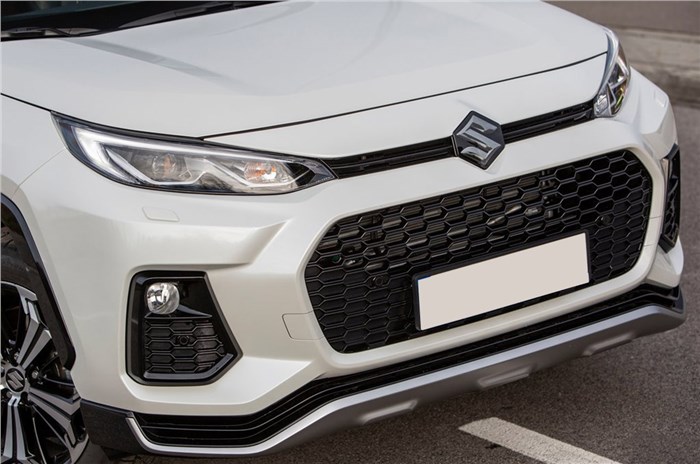 After celebrating 100 years of its existence in March last year, Japanese auto giant Suzuki Motor Corporation (SMC) has revealed its next five-year mid-term management plan that determines its actionable outlines for growth between April 2021 and March 2026.

The company is going to rely on emerging economies like India, which will continue to be one of its key pillars of growth, as per the broad philosophy outlined in its next mid-term plan. The plan also outlines a greater emphasis on CO2 emissions reduction, wherein Suzuki will focus on developing electrification technologies by 2025, fully implement them into its products, and eventually make a full-scale qualitative increase by 2030.

India, specifically, is going to play a key role in this regard. The Japanese giant, through its joint-venture entity Maruti Suzuki India, aims to take initiative in promoting electrification required by the society in response to the environmental issues in the country, whilst maintaining a market share of over 50 percent in India’s passenger vehicle (PV) segment.

SMC is also earmarking aggressive investments to the tune of 1 trillion yen (approximately Rs 69,000 crore) over the next five years, majorly driven by spends on R&D in electrification.

It also projects 60 percent growth over the next five years, with the FY2025 net consolidated sales pegged at 4.8 trillion yen (Rs 3,31,200 crore), compared to 3 trillion yen (Rs 2,07,000 crore) in FY2020. By realising this growth, it aims to also make up for lost revenue due to the global impact of the COVID-19 pandemic, and India, once again, is being eyed as the key driver for this shoot up in sales.

The mid-term management plan states that the next five years will be the period of concentrated development in order for Suzuki to survive beyond 2025. The company will take several actions towards the development and commercialisation of the Suzuki hybrid system.

On one hand, it will develop hybrid systems for mini, compact and commercial vehicles; develop plug-in hybrids and expand the range of vehicles equipped with it. On the other hand, it will undertake development of mini and compact EV models, whilst also utilising joint development through its global alliance with Toyota.

While its Indian alliance entity – Maruti Suzuki India – is already a jewel in SMC’s crown by being the top contributor to its revenue and profit margins, Suzuki Motor Corporation aims to maintain a market share of over 50 percent in the passenger vehicle segment in India. In the ongoing fiscal year (April 2020-Janaury 2021), the carmaker has a 48.82 percent market share (10,02,876 units), down from the 50.89 percent ( 12,04,404 units) a year ago.

SMC and Maruti Suzuki aim to achieve this targeted growth by an enhanced focus on rural markets, and by increasing the number of small outlets, while also creating more demand for its vehicles in these areas. Focus is also being narrowed down on digitisation to increase sales efficiency. The company will also enhance its domestic production capacity in India, in line with this growth projection in the PV business.

In terms of the product roadmap, the mid-term management plan targets strengthening the SUV portfolio as well as promote cleaner CNG-powered cars in the country. It is to be noted Maruti Suzuki has recorded a 31 percent increase in sales of CNG models in the ongoing fiscal year. Out of an expansive model portfolio that includes 14 vehicles from the entry-level Alto and S-Presso, to the premium XL6 and S-Cross SUVs at the higher end, MSIL offers six cars with bi-fuel petrol-CNG option. The Alto, S-Presso, Celerio, Wagon R, Eeco and Ertiga are the six cars that come equipped with its factory-fitted S-CNG technology.

Meanwhile, introduction of electric vehicles and deeper penetration of its hybrid technology are things on the anvil for the carmaker.

India will also play a key role in the introduction of Suzuki-Toyota alliance products in Africa. While SMC’s mid-term management plan targets an attractive and diverse line-up of motorcycles, it also outlines introduction of electric scooters, by the looks of which, it can be assumed that India will be on its top radar, given all the action happening in the electric two-wheeler segment in the country.

SMC currently has a global alliance with Toyota that was formalised in 2019. This partnership has already introduced products like the Toyota Urban Cruiser and the Glanza hatchback in India and will also have models like a Hyundai Creta-rivalling SUV from both the brands in the future.