Japanese company is not keen on alliances with other global automakers; banking on Maruti and India for bigger scale. Plans to launch 20 models in five years. 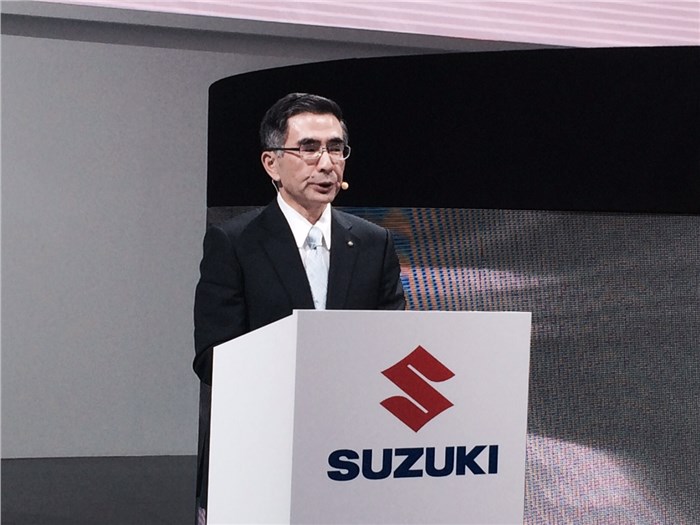 The president of Suzuki Motor Corporation, Toshihiro Suzuki has stated that his company is not keen on striking an alliance with another global automaker in the near future. “We have just come out of a divorce (with VW), so we are not thinking of getting into another marriage immediately. I am not sure whether getting into a collaboration with another automaker is such a good idea anymore,” he said.

The Japanese company currently produces around 3 million cars globally which is far below the scale of top manufacturers like Toyota, GM and VW, each of which produce around 10 million vehicles a year. However, Suzuki doesn’t feel it needs more volumes to survive on its own. “I am not of the view that it is only companies with large volumes that can survive. There are big and small players and both survive so I don’t think that scale is an issue going forward”

However, it is banking on Maruti for future growth. “By 2025 India is expected to become the third-largest market in the world and hence in the overall future strategy of Suzuki, Maruti’s role is becoming increasingly important,” stated Suzuki. But he concedes that banking so heavily on India “is a risk” but added that “there are lots of bright spots and opportunities for further growth as well”.

Suzuki has tasked Maruti with an ambitious sales target of 2 million cars in India.  “This will be a big achievement for us and Suzuki and Maruti are working together as a team to develop the Indian market further. We will also look at other markets like Africa together,” said the Suzuki president. There is an ambitious plan in place to launch 20 new models in the next five years and most of those could be headed to India. “Except for the kei-jidosha (for the Japanese market only), cars we will bring all our models to India.” He also hinted that with the growing aspiration of consumers in India, he would look at “gradually going upmarket with more premium models”. Currently, the only models that cater to the higher segments are the S-Cross and Ciaz.

Suzuki also has plans to beef up the R&D capabilities of Maruti. The company has invested upwards of Rs. 2,000 crore in a state-of-the-art R&D facility in Rohtak, Haryana, which is geared to design and develop vehicles from the ground up.

“We have started the process of product development in India as we did with Suzuki Motor corporation fifty years ago. Eventually, I want Maruti to build its own R&D expertise and be in a position to eventually develop cars for Suzuki too,” said Toshihiro Suzuki, convinced that it will be Maruti and India that will chart the future of his company.