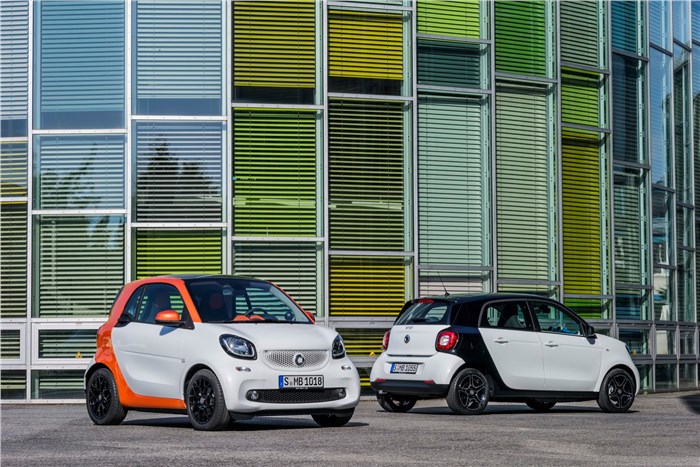 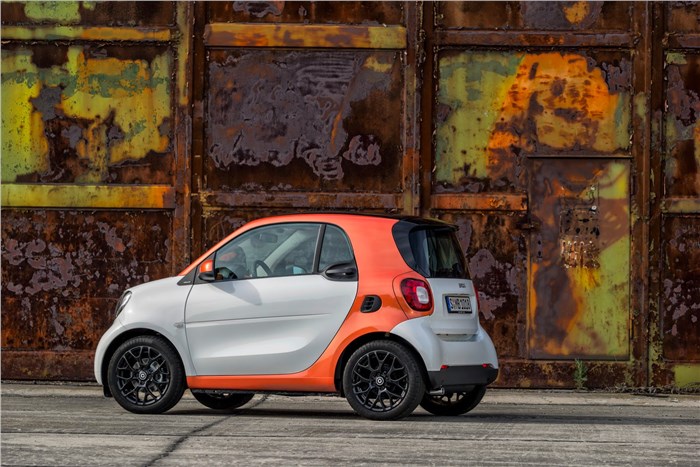 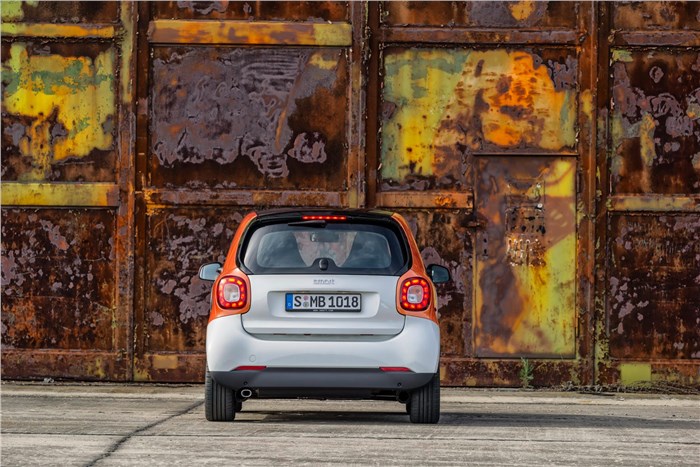 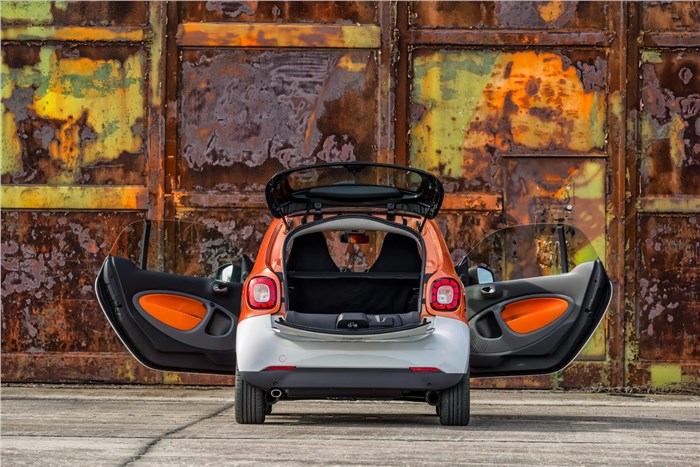 Both cars have been developed as part of an engineering and production alliance between Mercedes-Benz and Renault.

Smart, Mercedes-Benz’s city car division, has introduced two new models in the international markets. The third-generation Fortwo and second-generation Forfour have both been revealed for the first time in international markets. The new city car pairing has been developed as part of a wide-ranging engineering and production alliance between Mercedes-Benz and Renault.

Described as being all-new, the new Fortwo retains the same basic layout as its predecessor, with a compact two-door body and two-seat interior. The new Forfour shares the same front-end appearance but adopts a longer wheelbase. This liberates space for a pair of conventional, front-hinged rear doors that open to an angle of 90-degrees as well as a small rear bench, providing accommodation for up to four adults.

Both models feature a defined bonnet and less heavily raked windscreen than the earlier Fortwo. However, a more prominent Smart badge, honeycomb grille and rhombus-shaped head and tail lamps with LED graphics, help provide the new Fortwo and its more practical Forfour stablemate with all the inherent visual cheekiness of the original Fortwo. Differing rear-end designs separate the two visually; the Fortwo retains a split tailgate for ease of opening in tight spaces, while the Forfour receives a one-piece tailgate aimed at taking advantage of the lower loading height of its boot.

Smart has a diesel engine option for both the new Fortwo and Forfour, which will initially be sold with Mitsubishi-designed naturally-aspirated 999cc and Renault-developed turbocharged 898cc three-cylinder petrol engines and, later on, an electric drivetrain developed in partnership with Tesla. The petrol engines are eventually planned for four different outputs.

From the outset there will be a naturally aspirated unit with 59bhp and 70bhp along with a turbocharged mill producing 89bhp – the latter two offering a respective 9.3kgm and 13.8kgm of torque. All engines come mated to a standard five-speed manual gearbox. Buyers can also choose an optional six-speed dual-clutch gearbox for the first time in both the Fortwo and Forfour. Produced by Getrag and available with steering wheel-mounted paddles, the dual-clutch unit is a development of the 6-DCT unit already offered on the A-Class, B-Class, CLA and GLA in the international markets. Both gearboxes come as standard with a stop/start function for added fuel savings. Also in the new car is a new electro-mechanical steering system and thoroughly revised chassis offering greater turning angle of the front wheels. The turning radius of the Fortwo is now put at just 6.95 metres, while the Forfour's is at 7.30 metres.

Underpinning both cars is a newly developed MacPherson strut front and de Dion rear suspension. Among the changes brought to the suspension are new guide bearings at the front together with twin-tube dampers and helical springs at the rear. Standard-fit electronic driving aids include anti skid control, stability control and cross wind assist. A sports suspension package which lowers both models by 10mm is available as an option.