Once exclusive to sporty cars, small turbo-petrol engines are now finding their way onto mainstream models. The era of affordable performance is here. 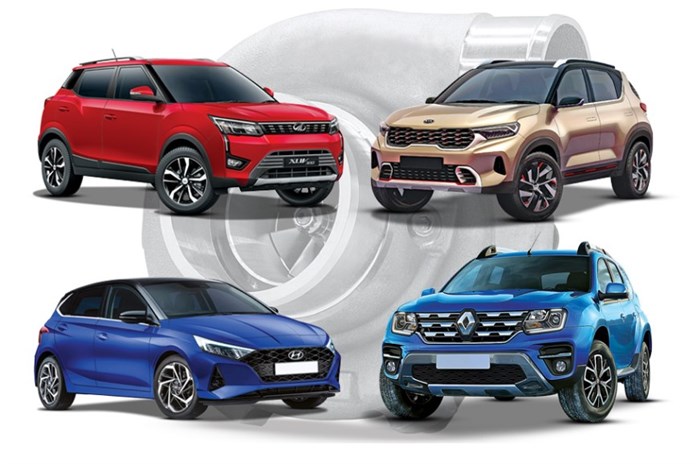 Electric vehicles might be dominating headlines, but on the sidelines, another phenomenon is gaining momentum in India, and that’s the small turbo-petrol engine. The majority of India’s mass-market carmakers already have, or are working to introduce, force-fed petrol engines in the 1.0-1.5-litre displacement range, and petrolheads, for one, have reason to rejoice.

So, what’s leading this rise? It’s actually got to do with emissions and efficiency. The implementation of BS6 norms is just the start. Come 2022, CAFE 2.0 (the second phase of Corporate Average Fuel Efficiency) will be rolled out, which will require fleet CO2 emissions to come down from the current 130.2g/km to 113.1g/km. The adoption of WLTP (Worldwide Harmonised Light Vehicle Test Protocol) and RDE (Real Driving Emissions) standards further down the road will only tighten targets. And this is where turbo-petrols come in. More efficient and cleaner than similar-output but larger-displacement naturally aspirated petrol engines, small turbo-petrols will be integral to future powertrain strategies. More so for mass market carmakers without suitable diesel (remember, they emit low CO2) or hybrid engines. As industry observers feel, it’s still a matter of time before the naturally aspirated engine, as we know it, revs its last.

Of the mass-market carmakers, Hyundai has taken an early lead in the democratisation of turbopetrols and will offer a force-fed petrol engine on all core models. The 2019 Venue compact SUV was the first Hyundai to get a turbopetrol engine – a 120hp, 1.0-litre three-cylinder unit. Since then, the engine has been deployed on the Aura compact sedan; and the Grand i10 Nios hatchback as well, albeit in a lower, 100hp form. The second-gen Creta has been launched with the option of a 140hp, 1.4-litre turbo-petrol, and the Verna has has also now got a sportier 120hp turbo-petrol avatar. Come mid-2020, Hyundai India’s turbo-petrol portfolio is set to expand with the introduction of the next-gen i20 that will share its 120hp engine with the Venue and Verna facelift. And as company insiders explain, the turbopetrol versions won’t be lowvolume, niche brand-builders but will be targeted to meet existing demand. “India is the youngest country, and our studies show that youngsters want a thrilling driving experience and a strong performance. This is a hidden demand that we intend to tap,” a Hyundai executive told Autocar India.

Korean compatriot Kia already sells the Seltos with the option of a 1.4 turbo, and its next big launch for India, the Sonet compact SUV, will also be available with a 1.0-turbo (shared with the Hyundai Venue) from launch. 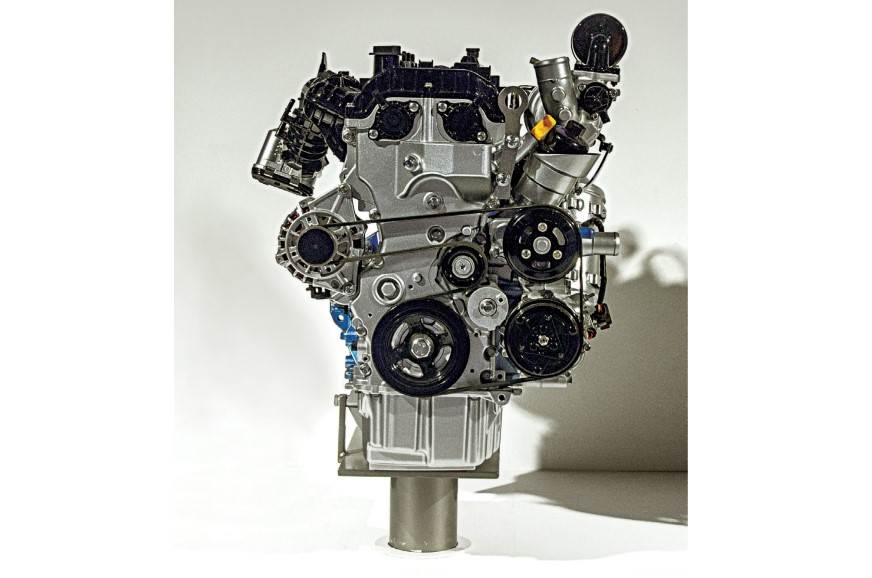 Volkswagen and Skoda are also hopeful their new 110hp, 1.0 TSI turbo-petrol engine will (literally) breathe new life into the now petrol-only Polo and Vento, and Rapid, respectively. Volkswagen was one of the first carmakers to introduce a high-tech turbo in the sub-Rs 10 lakh segment, and the steady demand and customer appreciation for the Polo 1.2 TSI should have a rub-off effect on the new engine as well. The 1.0, threecylinder TSI will also be the mainstay of the VW Taigun and Skoda’s midsize SUV for India that will come in 2021. Higher up the price ladder, the Volkswagen T-Roc has gone on sale with a 150hp. 1.5-litre TSI unit, and the engine will also find use on the upcoming Skoda Karoq.

Renault-Nissan is also set to go the turbo-petrol route shortly. The Renault Triber will soon have the 1.0-litre HR10 turbocharged engine that is expected to produce around 95hp – substantially up from the current naturally aspirated 1.0’s 72hp. Expected to sport dual variable valve timing, and an exhaust manifold partially integrated into the cylinder head, the relatively sophisticated three-cylinder engine will also power Nissan’s soon-tobe-revealed compact SUV. Renault’s HBC compact SUV and LBA compact sedan will also sport the engine. And there’s another properly exciting turbo-petrol coming from the Renault-Nissan combine. Co-developed with Mercedes-Benz, this HR13 engine (essentially a four-cylinder version of the aforementioned HR10 unit) will debut on the current-gen Duster very soon. Sporting direct-injection, the high-tech engine produces 156hp, a figure that will catapult it to the position of most powerful midsize SUV. Interestingly, the new petrol engine could be pitched as an indirect replacement for the popular but now-discontinued 1.5-litre K9K diesel. “Buyers looking for the diesel’s performance will have an option in the new 1.3 petrol,” a Renault insider tells us.

MG already sells the Hector with a 1.5 turbo-petrol and is considering 1.0- and 1.3-litre units for its future models, like the ZS petrol.

Of the Indian carmakers, Mahindra is also doubling down on turbo-petrols. Its mStallion line of directinjection, turbocharged engines will be available in 1.2-, 1.5- and 2.0-litre displacements. The first of the mStallion engines, the 130hp, 1.2-litre, three-cylinder unit will go on the XUV300 compact SUV soon. What’s more, this 1.2 unit will also take the place of the erstwhile but much-lauded 1.0-litre EcoBoost unit in partner Ford’s EcoSport compact SUV. The 163hp, 1.5, fourcylinder mStallion engine will debut on the upcoming Thar and be rolled onto the Marazzo MPV next, while the 190hp, 2.0 unit is destined for use under the next-gen XUV500, Scorpio and Ford’s SUV.

Turbo-petrol engines will be a key component of Tata Motor’s powertrain strategy as well. The carmaker’s four-cylinder, 1.2 Revotron turbo-petrol on the Bolt and Zest have faded away but the carmaker is far from turning its back on force-fed petrols. In fact, the Nexon’s 1.2-litre, threecylinder unit is fresh from a BS6 upgrade (power is up 10hp to 120hp), and the engine is being readied for a sportier version of the Altroz as well. Tata Motors has also confirmed plans for a 1.5-litre turbo-petrol that will power the Harrier, among other models.

But not all carmakers are charging towards turbopetrols. Partners Maruti and Toyota will likely rely on hybrids to meet emission and efficiency targets. Sure, Suzuki is said to be working on a suitable small turbo-petrol engine but the unit could be years away from production. As is Maruti’s experiment with the 1.0-litre Boosterjetpowered Baleno RS that didn’t yield promising-enough sales. The carmaker, in fact, found marketing the small-capacity turbo-petrol engine a challenge. As CV Raman, senior executive director, Maruti Suzuki put it, “What we understood is that the customer perceives a 1.0-litre engine as a 1.0-litre engine, and a 1.5-litre engine as a 1.5-litre engine. The customer is not clued into whether it is a turbo-petrol or not. Of course, there are connoisseurs and there are enthusiasts out there, but there is a bigger audience which looks at the size of the engine only. So, a 1.0-litre turbocharged is considered to be a smaller engine and not having the necessary torque or the power to propel a bigger vehicle.” Honda too is unlikely to be in a tearing hurry to consider its small-capacity turbo-petrols for India. The Japanese carmaker has upgraded its 1.5 diesel to BS6-spec, so meeting CO2 targets might not be as much of a challenge as it is for some other carmakers. Honda also has the option of strong hybrids to rely on. Still, Indian car buyers who’ve longed for affordable performance are set to be spoilt for choice in the days and years to come. Electrics can have their day in the sun later.