Muted demand owing to rising fuel prices and a tough liquidity situation will limit PV sales growth to around 3 percent, down from the 8-10 percent projected earlier. 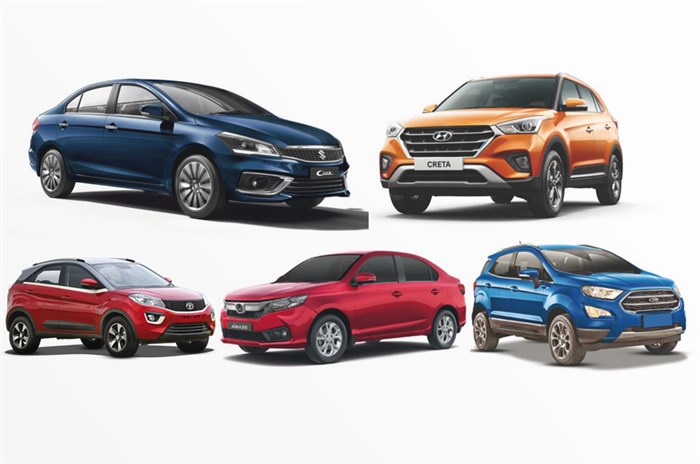 With around eight months of slowdown since July 2018, passenger vehicle (PV) sales in the ongoing fiscal have been marred by negative consumer sentiment on account of high car-loan interest rates, rising fuel prices and the tough liquidity situation in the market.

Country's apex automotive body Society of Indian Automobile Manufacturers (SIAM) pegs the growth in PV sales at roughly 3 percent in the 2019 fiscal, down from its projection of about 8-10 percent at the start of the year. At the 11-month mark since April 2018, passenger vehicles sales have totalled 30,85,640 units, up 3.27 percent year-on-year.

For reference, in the period of April-February 2018, volumes had grown 8 percent, to about 3 million units; and passenger vehicles ended FY2018 with a growth of 7.89 percent.

Poor market sentiment, which has been a spoilsport to the industry's expectations, has not shown an improvement. Even in the penultimate month of February, sales were in the red (2,72,284 units, down 1.1 percent).

“Market sentiment continues to remain subdued. High interest rates and high insurance premiums have been keeping customers at bay in the PV and two-wheeler segments. As a result, the industry has not been able to recover consumer demand as expected,” according to Vishnu Mathur, director general, SIAM.

“We do expect to see some improvement before the end of the year (CY2019) but as we move into an election phase, we are not certain as to how the situation will pan out over the next couple of months,” Mathur added.

“People at this juncture of a major political event are not ready to part with a discretionary purchase, which is what is getting reflected in the numbers,” added Sugato Sen, deputy director-general, SIAM, to explain the crunch situation.

Sky-high fuel prices for the most part of the 2018 calendar year and high interest rates on car loans have hampered growth in the critical category of utility vehicles. While the segment was running in the fast lane with over 20 percent growth in the last fiscal, it is now hovering at around 2 percent.