Segway to stop production of the iconic PT from July 15. 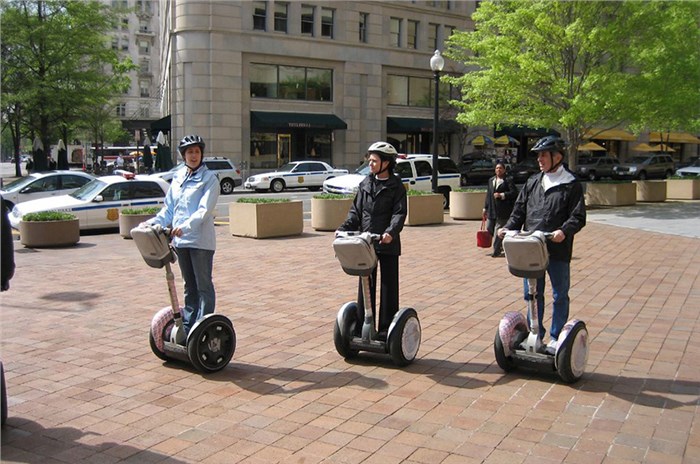 Segway will be pulling the plug on its iconic PT self-balancing two-wheeled personal transporter almost two decades after it first made its debut in late-2001. The Chinese company Ninebot, which is Segway’s parent company, said that production of the PT would be halted from July 15.

A brief history of the Segway PT

Segway was founded by Dean Kamen back in 1999 with the PT – then called the HT or Human Transporter – with the aim of revolutionising the personal mobility space. The product went into production the following year with sales starting in late-2002 in international markets.

The PT was controlled by the rider shifting weight and using the handle bar in order to move forward, backwards or turn.

Why is it being discontinued?

The PT was never inexpensive to begin with. At the time of its launch, prices hovered around the USD 5,000 (about Rs 3.8 lakh) mark. Riding the PT required a good sense of balance as leaning too much in any direction could cause the rider to lose control. However, while the product did not make much of an impact in the personal space it was popular with the police and tour companies in some countries. Just recently, the Mumbai Police inaugurated 50 of the two-wheeled transporters, which will be deployed in the suburbs of Bandra, Juhu and Versova.

In recent years, the advent of cheaper electric scooter alternatives to the iconic model saw the PT’s contribution to the company’s revenue duck down to just 1.5 percent in 2019. Furthermore, following the takeover by Chinese firm Ninebot, the company has forayed into more affordable e-scooters that have proven to be more popular.

The PT has also been involved in some high profile incidents over the years including the death of Jimi Heselden in 2010. Heselden was a British millionare who had purchased the company a few months ago. Other incidences included former United States President George W Bush falling off one in 2003 and Usain Bolt being knocked over by a Segway-bound cameraman during a victory lap in 2015.

The company is set to focus on its other electric mobility products. Segway will also be laying off 21 employees, with another 12 expected to also be laid-off in the ensuing year.

We had a chance to sample the Segway PT back in 2010. You can watch our video here.