Current Civic to be discontinued from the Indian market. No plans to bring the all-new model. 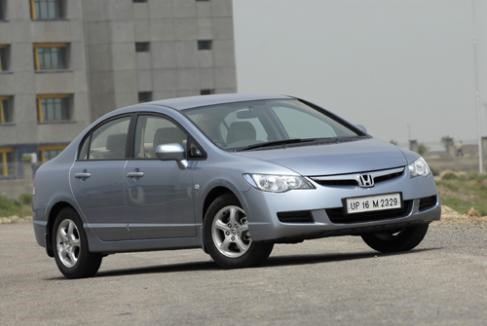 Honda has decided to pull the plug on the Civic in India and will effectively withdraw its executive saloon from the Indian market. Assembled from Completely Knocked-Down (CKD) kits here in India, Honda will build what remaining kits it has, and production is expected to last until about Diwali. With no plans to bring the next-generation model that was launched internationally in 2011, this will effectively end the Civic line in India.

With just a petrol engine, the new Civic would be at huge disadvantage from launch in a market that has swung sharply in favour of diesel cars. Also, the new Civic isn’t a huge improvement over the outgoing and hasn’t received rave reviews abroad and this was another concern for Honda.

The outgoing Civic was launched in 2006 and has seen its fair share of success in the Indian market. It won the coveted ‘Autocar Car of The Year’ title in 2007 and in the same year saw a sales peak of 2,546 units in March. When it was launched, the Civic looked a generation ahead of its competition with its futuristic styling, inside and out. However, over the years the Civic lost its edge thanks to a soaring Yen that kept pushing its price up (by around Rs 2 lakh eventually) and the onset of diesel competition. In recent months, Civic sales have struggled to go beyond double digits and in July 2012 Honda sold a mere 138 units of what was once easily the best-seller in its class.