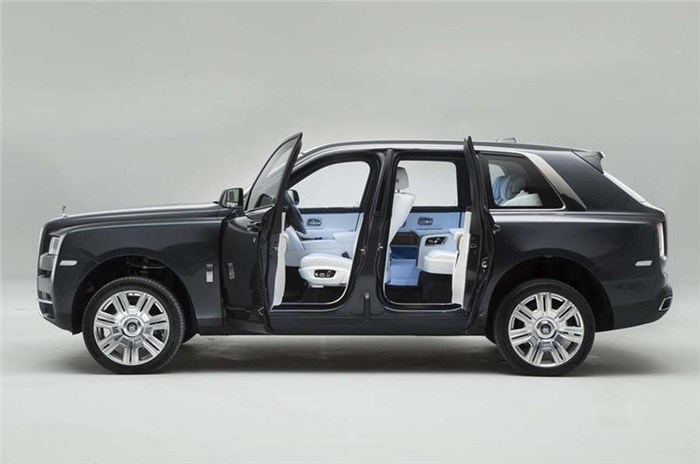 CEO Torsten Müller-Ötvös says that Rolls-Royce is not interested in expanding its range to other SUVs, at the moment, so as to maintain the brand's high market position.

The British luxury carmaker closed its line-up with the Cullinan SUV, its first off-roader (and its fifth model) alongside the Phantom, Ghost, Wraith and Dawn. Rolls-Royce boss Torsten Müller-Ötvös said that the firm’s current line-up would be complete after the Cullinan SUV launch. While other vehicle manufacturers are expanding their range of SUVs, Müller-Ötvös said that there was no demand for the same among the brand’s ‘ultra-luxury’ buyers.

Our sister publication, Autocar UK, asked Müller-Ötvös if Rolls would ever consider swelling its line-up with an SUV smaller than the Cullinan; to which the CEO responded, saying, “No, definitely not. You need to go with the flow, so for that reason, I’d never say 'never, never, never' – but we don’t currently have any plans to expand our model line-up any further.”

“Our strategy is definitely to maintain our high-end price position and not move the brand just for volume sake into lower-price segments,” he went on to say.

Müller-Ötvös said early sales of the Cullinan have exceeded expectations. The automaker took the wrappings off the ultra-luxury off-roader for customers ahead of its official launch recently. The Rolls boss called the customer reaction “brilliant”.

The Cullinan is set to face-off against opposition in the ultra-luxury SUV segment – primarily from Aston Martin’s revived Lagonda brand. Lagonda's expected SUV was previewed in a concept sketch. When asked about his thoughts on this sketch, Müller-Ötvös said, “It’s just a sketch. I can’t say anything more. Cullinan is real.”