Road rage on the rise in India

Kerala, Tamil Nadu, Madhya Pradesh, Karnataka and Maharashtra are the top five states in India with the highest number of rash driving cases. 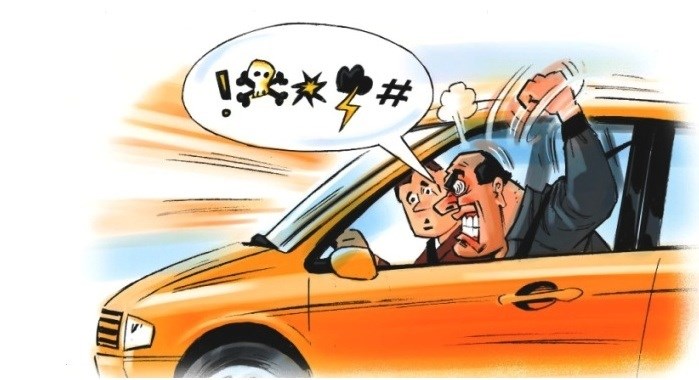 Road rage is not an uncommon sight and it usually results in a lot of rancour and sometimes accidents and injuries. While most motorists would agree that there is growing incidence of this behaviour in India, now there is official confirmation of the same.

As per 2015 statistics released by National Crime Records Bureau (NCRB), Kerala, Tamil Nadu, Madhya Pradesh, Karnataka and Maharashtra are the top five states in India which have the highest number of cases of ‘Causing injuries under Rash driving/ Road rage’. The overall cases of road rage and rash driving in the country amounted to 4,51,069, which means almost 33 people out of every 1,00,000 unleashed their wrath while driving on Indian roads!

What’s more, such incidences have gone up by 10 percent compared to 2014 – when the overall number of cases was 409,899. As Kerala reported close to 1,31,000 road rage cases in 2015, Tamil Nadu registered 54,253 cases, followed by Madhya Pradesh with 41,529, and Karnataka with 34,201. Meanwhile, Maharashtra saw 31,161 cases of injury caused due to rash driving or road rage. Considering the high occurrences of such issues, it is no surprise that Tamil Nadu, Maharashtra, MP, Kerala and UP saw the highest increase in road accidents last year. As per the data released by the Ministry of Road Transport & Highways (MoRTH) in May this year, Uttar Pradesh, Tamil Nadu, Maharashtra, Karnataka also recorded the highest number of road deaths in the country.

Four cities in Kerala and Delhi have the most rash drivers

With Kerala being the den for hot-headed drivers, it is no surprise that Thiruvananthapuram saw 12,440 cases of road rage, the highest among all Indian cities. It was followed by other cities such as Kochi (10,502 cases), Thrissur (8,068) and Kozhikode (6,661). Further, the country’s capital New Delhi reported 7,411 road rage incidences – helping it to the fourth spot for the most fuming drivers. Reflecting Tamil Nadu’s behaviour, Chennai also saw 6,516 cases of road rage. Meanwhile among other metros, 4,569 people in Kolkata were charged with the same, closely followed by 4,255 people in Bengaluru and 3,963 in Mumbai.

Ludhiana, Amritsar and Varanasi have the coolest drivers

On the flip side, Ludhiana in Punjab saw an astonishingly low number of road rage incidences with only three reported cases in the entire year! It was closely followed by the Amritsar yet again which reported only 56 cases. Another city with low incidences of rash driving was Varanasi which reported 89 instances.

Increase in the number of juveniles booked under road rage

The act of losing your cool and getting into fights with other motorists is not limited to adults. NCRB’s report says that a total of 1,538 juveniles were booked under Section 279 IPC, i.e. causing injuries due to rash driving/road rage. Moreover, 238 children caught in the act were aged between 12 to 16 years, while eight of them were under 12 years! New Delhi itself reported 61 cases of juveniles booked under this section, indicating the rising lot of youngsters below the legal driving age hitting the roads.